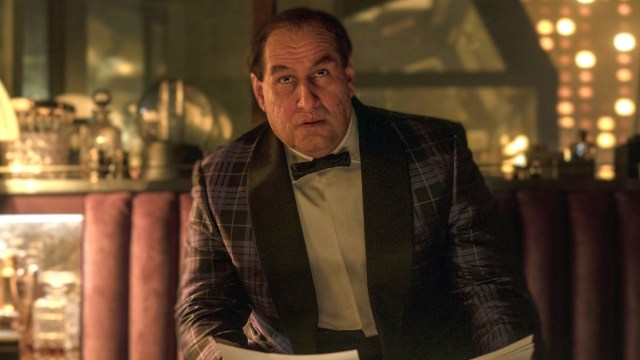 The Penguin spinoff has cast Cristin Milioti as Sofia Falcone, the daughter of crime kingpin Carmine Falcone and she wants Gotham City for herself.

Variety reports the news that it opens up many more questions about where the series is going to go. John Turturro played Carmine in The Batman and was killed by the Riddler. There’s going to be a vacuum in the city and Sofia will likely want to fill it, but she’ll have to fight Colin Farrell’s Penguin for her stake in the city.

Farrell has already revealed that The Penguin will pick up a week after the events of the movie. Gotham is still somewhat submerged and in the first episode, he goes into Falcone’s office. With this being the first scene, it’s evident that the shadow of Falcone will have great significance even after his death.

What makes this even more interesting is that Falcone has another daughter, Selina Kyle, played by Zoë Kravitz, and it’ll be interesting to see how this is handled. After the events in The Batman, she leaves for Blüdhaven, but it’s hard to imagine there not being some interaction between these half-sisters.

Sofia Falcone also appeared in Fox’s Gotham, and similarly, she returned to Gotham City to claim it for herself. Sofia was played by Crystal Reed (Teen Wolf) and the femme fatale and she was known to be highly intelligent and manipulative.

Milioti was recently in Peacock’s murder mystery the Last Resort co-starring alongside The Good Places‘ William Jackson Harper and HBO Max’s dark comedy, Made for Love, which lasted two seasons.

The Penguin doesn’t currently have a release date and The Batman is available to stream on HBO Max.