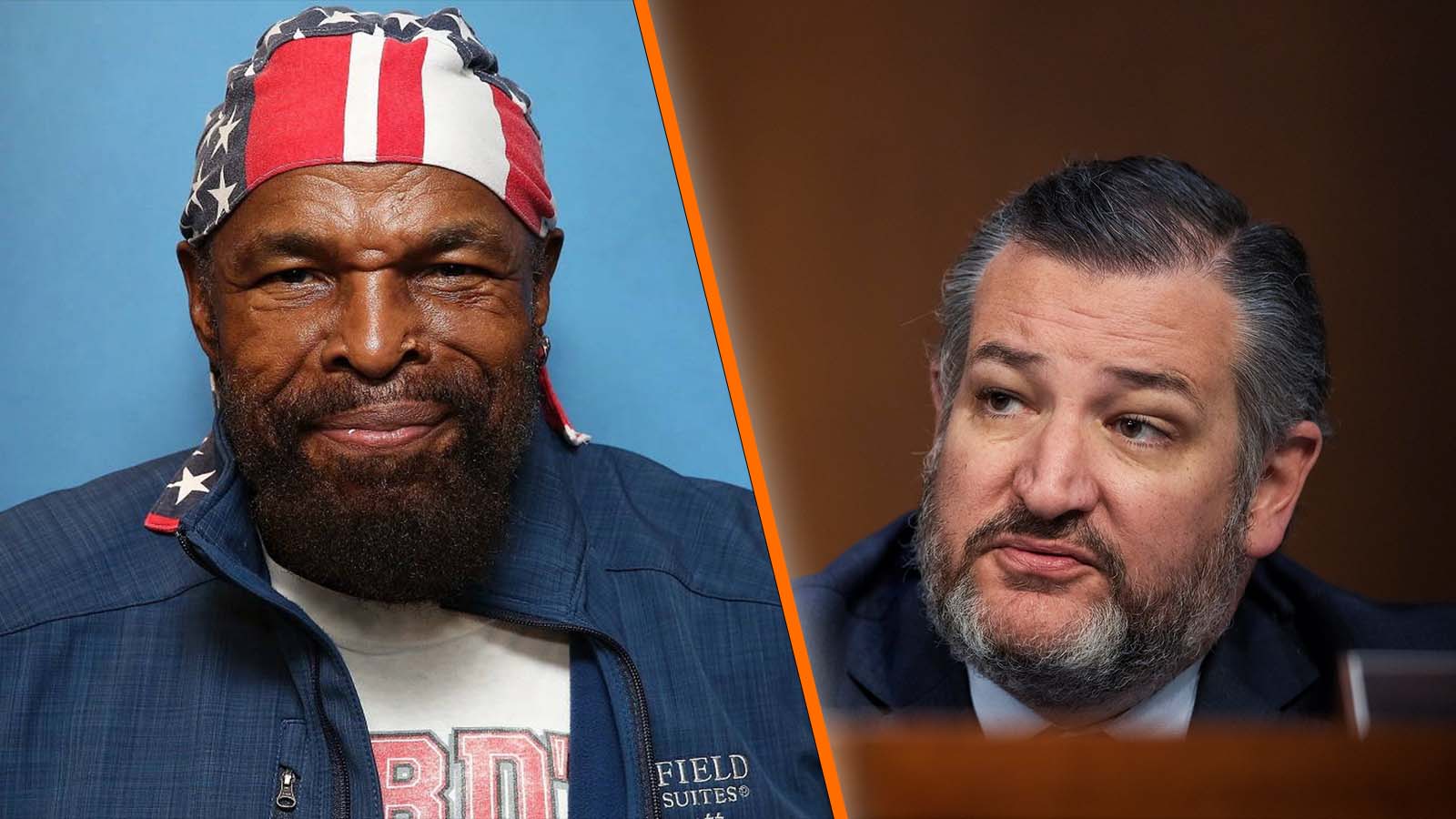 Sen. Ted Cruz (R-Texas) got in a spat over Twitter this week with none other than The A-Team star Mr. T in an exchange that can only be described with one of Cruz’s own words in his tweet: bizarre.

But the strangeness of the back-and-forth isn’t necessarily due to anything Mr. T said, as Cruz suggested, but rather that these two unlikely figures would come head-to-head about something in the first place.

It all started on Wednesday when the 69-year-old Mr. T, a cancer survivor, proclaimed he got a second booster vaccine, but is choosing to continue to wear a mask and socially distance, at any rate.

“I just received my 2nd Moderna booster vaccine, and I feel good! I am still going to wear my mask and keep my distance because the virus ain’t over, Fool! Grrr,” Mr. T tweeted, days after the Food and Drug Administration authorized the shot for people who are 50 or older, as well as certain immunocompromised people (via Houston Chronicle).

Perhaps it was the “Fool!” remark that triggered Cruz, not realizing that the word is Mr. T’s catchphrase that is as ubiquitous to him as a punctuation mark. But for whatever reason, this apparently struck the senator as a prime example of Hollywood elitism run amok, rather than a cancer survivor simply being extra cautious.

“Bizarre,” Cruz began his reply to Mr. T. “535 Members of Congress can attend the State of the Union without wearing masks, but it’s still not good enough for Hollywood.”

The gold-chain adorned Rocky III star has yet to make a response, though some have pointed to a couple of Bible verses he posted on the social media platform, themed around peace, as perhaps serving as a subtle reply.

Be sure to check back in with us frequently for any future news about celebrity feuds we did not expect to mark off of our 2022 bingo cards.