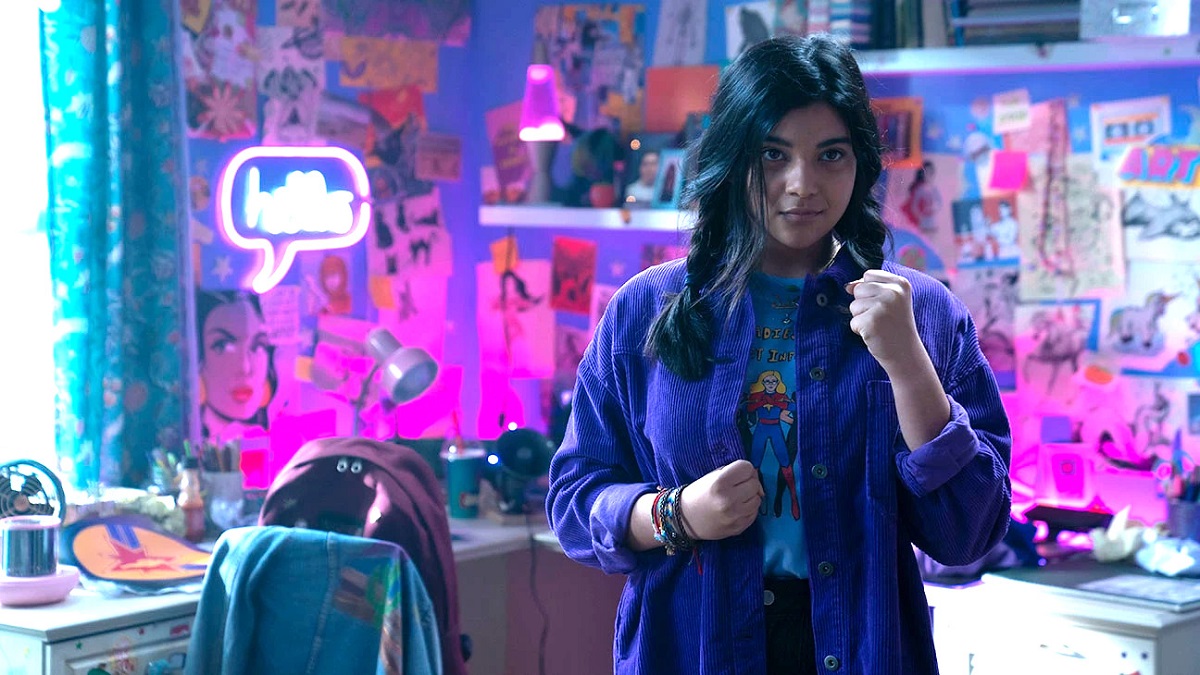 One of the many reasons people love both Ms. Marvel and its star Iman Vellani is because they’re both huge fans of the Marvel Cinematic Universe, just like the Disney Plus subscribers who’ve been checking out the show the past two Wednesdays.

We’ve seen characters who exist within the mythology become awestruck by their peers before, but never on a level even close to approaching the Jersey native’s adoration of the Avengers, and especially Carol Danvers. As a result, Vellani could talk about the MCU all day long, and it turns out that she’s even been known to question her co-stars on their own knowledge of the inner workings.

Saagar Shaikh revealed to Marvel that it didn’t take long for his onscreen sister to star throwing the hard and fast questions in his direction.

“I think one of the first days, it may have been the first or second day I met her, she was like, which movie do you like better — Infinity War or Endgame? That was her test to see if she likes me or not.”

Yasmeen Fletcher echoed those sentiments by praising how much love Vellani has for the MCU, and the way it ultimately ended up inspiring the rest of the cast and crew.

“She’s very proud of how much she loves the MCU, so she doesn’t have to spread it to anybody else. She knows she is solid on that. She’s confident in her depth of knowledge in the MCU.”

The MCU might only be 14 years old, but we’ve already got superfans starring as superheroes, which has been a huge benefit to Ms. Marvel so far.