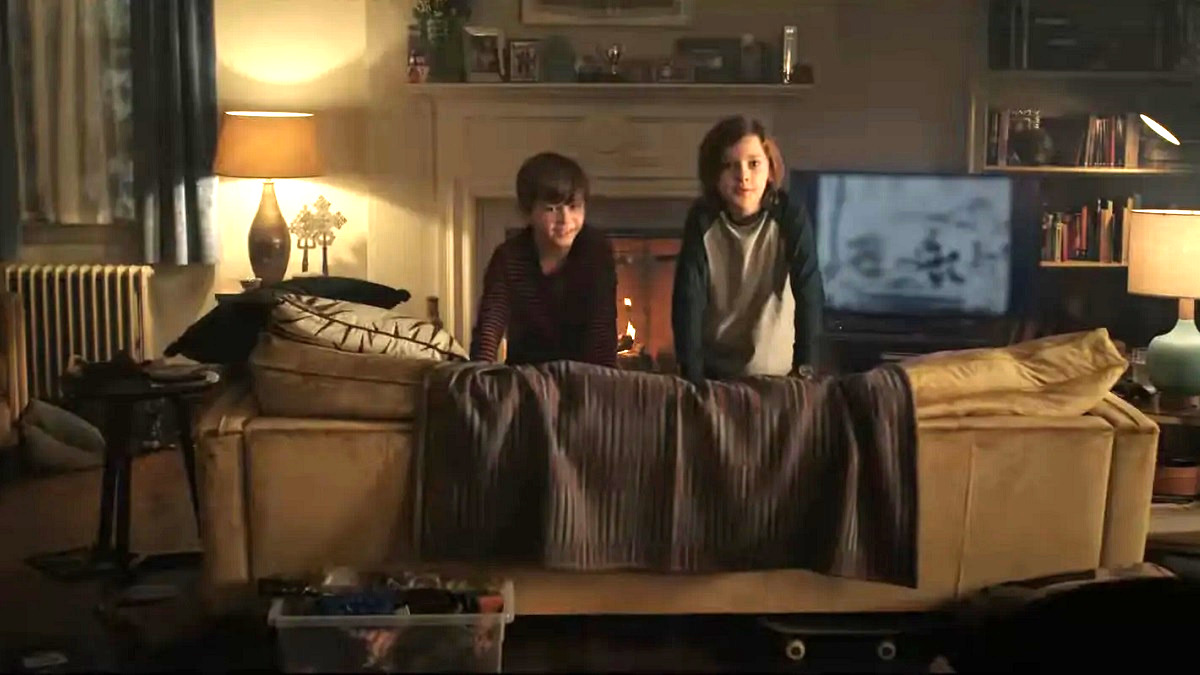 There’s no doubt Doctor Strange in the Multiverse of Madness is one of — if not the most — disturbing outings in the Marvel Cinematic Universe to date. That’s, indeed, one of the reasons we love it — but a parental guide on the IMDb page of the film highlights just how subjective horror can truly be.

Under a list of frightening and intense scenes, of which there are many in the film, a song about ice cream sung by two children is among the very gory descriptions. This was quickly spotted by a Reddit user and posted to the r/MarvelStudios subreddit.

“There is a song 2 children [sing] about ice cream very off-key halfway through the movie. This can be frightening and disturbing for viewers.”

We double-checked the IMDb page for ourselves, just to make sure this wasn’t a case of karma-farming or a joke, and sure enough, the warning does indeed appear on the parental guide for the film.

The song itself is quite innocent, with the lyrics reflecting as such:

“We like ice cream, like every child should. // And if we get some ice cream, we promise to be good.”

However, it’s arguably the context of the scene that at least makes it heart-wrenching, if not full-blown frightening. You see, Elizabeth Olsen’s Wanda Maximoff, AKA Scarlet Witch, is possessing an alternate dimension version of herself during the scene. The Earth-616 Wanda, native to the MCU and who we followed as a character throughout WandaVision, doesn’t have children herself, but longs for the Billy and Tommy which turned out to be an illusion in the aforementioned Disney Plus show.

An alternative universe version of herself does have Billy and Tommy in her life, so Earth-616 Wanda possesses Earth-838 Wanda — in a spell known as dreamwalking — in order to once again connect to her children she once thought long lost. It is at this moment that the children sing the silly song about confection to her.

We suppose another “disturbing” aspect may be the fact that the children sing the song “off-key,” as the warning notes.

“Thank goodness that someone is doing their part to protect our children from off-key singing,” one Reddit user sarcastically responded.

Another fan replied they can’t wait for someone to legitimately make the song a banger by incorporating some auto-tune. Make us proud, T-Pain.

For one user, somehow, if the song were about disembowelment and sacrifices, it would totally fit with the rest of the film. But the fact that it’s about ice cream makes it jarring enough to warrant it making the parental guide.

The issue of the ice cream song in Multiverse of Madness is apparently so resonant, people are still talking about it to this day on Twitter, despite the film releasing to theaters more than a month ago.

One fan called the song “the most cringiest” thing to exist in the multiverse.

Another Twitter user pointed out, as much as we’d hate to admit, children singing discordant songs about frozen desserts is “the exact shit kids do irl.”

Did we mention roasting how utterly inconsistent the children’s pitch is in the song is also a trend on TikTok? Now you know.

In case you were wondering who is responsible for birthing this monstrosity of a song onto the world, it’s none other than four-time Oscar nominee Danny Elfman. We Got This Covered reported on this disturbing development last month, noting, “One of the most lauded composers of his generation put time and effort into a stupefyingly inane ode to ice cream, which left many in the assembled crowd hoping Wanda would turn them into spaghetti by the time Billy and Tommy Maximoff reached the chorus.”