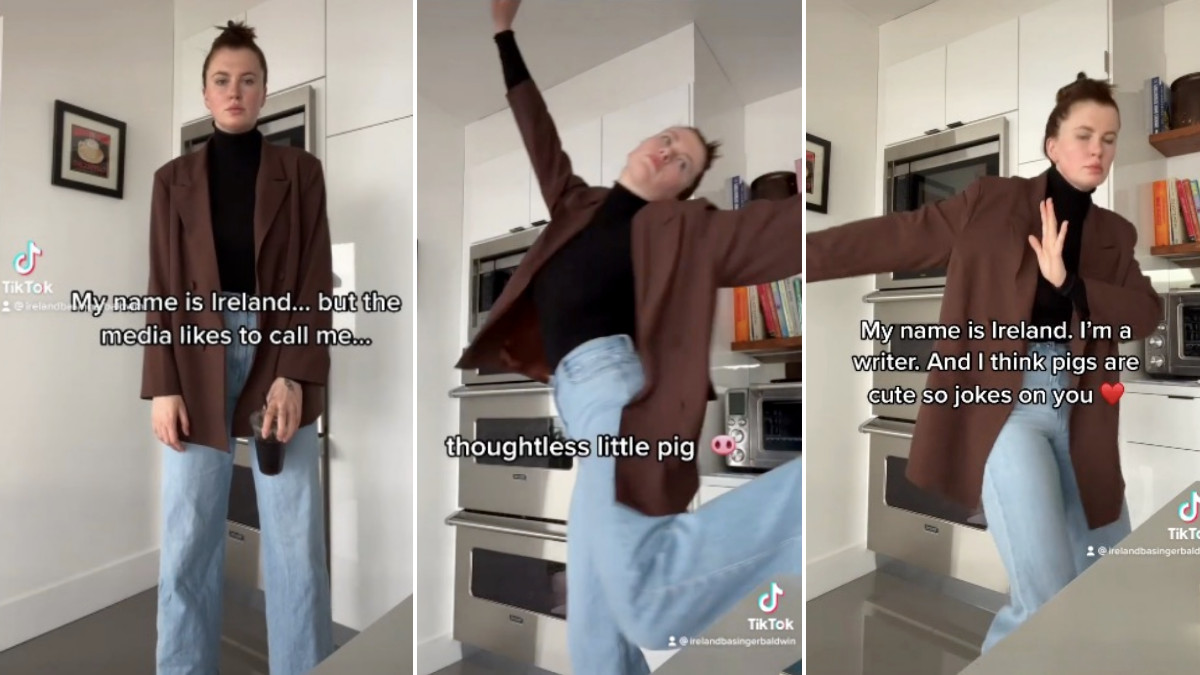 Being the child of a celebrity must be difficult enough as it is. However, for Ireland Baldwin, the 26-year-old daughter of Alec Baldwin and Kim Basinger, it became even more difficult after she was inadvertently thrown into the spotlight at a young age in 2007 when her father left her an angry voicemail calling her a “rude, thoughtless little pig.” The recording quickly triggered a media frenzy.

But 15 years later, Baldwin still struggles with the media’s perception, which she alluded to in a TikTok video using the “That’s Not My Name” trend, which has become popular among celebrities in recent weeks. Though Baldwin has since removed the post from her TikTok account, she also uploaded the video to an accompanying Instagram post and elaborated in the caption.

“I can’t even tell you how much time I’ve wasted worrying about headlines and comments,” Baldwin wrote, explaining that when she’s covered in the media, it’s typically to sexualize her or to compare her to her parents.

“The media is one giant garbage dump and I could give less of a shit what they call me,” she continued. “I know who I am for the first time in a long time and I’m excited to show you what I’ve been working on. I know that my decision to work in the entertainment industry will of course bring on the constant comparison to the achievements of both my parents, and I continue to embrace the parts of myself that are indeed like them… but I am very excited to show you the individual that I am and the person I’ve grown to very proud of. I don’t give a fuck what you think about how I look, what I wear, what I think and say, and damn does it feel good to get to this point.”

“My name is Ireland but the media calls me…” Baldwin writes in the video, cycling through some of the less than flattering remarks that have been made about her weight, entitlement, and so on. Although it was her father who called her “a thoughtless little pig,” it stands to reason that hearing it played out in the media throughout the years has not done wonders for her self-confidence or mental health.

It’s unclear where Ireland currently stands with her father Alec, but back in 2015, she made a cheeky reference to the incident in a previous Instagram post. “If I Were A Pig… I would be Rude and Thoughtless of course!” she captioned a photo of her and her dad reading a children’s book.

Baldwin has been married to his second wife Hilaria since 2012 and the couple share six children together, so it’s likely that the book belonged to one of his kids. Still, a little on the nose — or snout, so to speak.