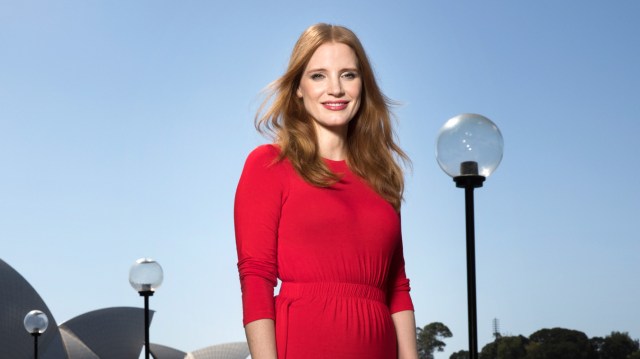 During a recent interview at The Toronto Film Festival, the Oscar-winning actress Jessica Chastain shockingly admitted to not being a fan of serial killer dramas… despite starring in one.

Chastain has recently come out with a jarring opinion, sharing that true crime-related content has always made the actress feel “a little dirty.” Mentioning the glamorization and romanticizing of serial killers in any medium, the actress admits that “we see often times a serial killer or a story that’s fetishized,” adding that there are reasons for the constant exposure of problematic behaviors often found in true crime.

“I don’t want the media to glorify what happened to another human being and I want to celebrate the humanity,”

Recently released by Netflix, The Good Nurse depicts the story of Amy Loughren, a hospital trauma nurse that suspects a colleague is purposefully murdering his patients. The film dramatizes Charles Graeber’s non-fiction book The Good Nurse: A True Story of Medicine, Madness, and Murder, which is about a serial killer who has murdered over 40 patients throughout his career as a nurse.

Starring Chastain as Amy Loughren and Eddie Redmayne as the true-life serial killer, Charles Cullen, The Good Nurse is expected to bring light to this eerie and bizarre case, whilst attempting to avoid the emotional manipulation of its audience, who might find the chance of getting a glimpse into the minds behind these heinous acts exhilarating.

While Chastain may be adamant about the existence of crime drama content depicting the lives of serial killers, real-life Amy Loughren seems to have been incredibly proud of her actions through Chastain’s performance, saying that “of course, it was terrifying going through it. But watching Jessica, I was finally able to be proud. I didn’t realize how gentle I was, because I’m such a badass.”

Eddie Redmayne, on the other hand, may have a similar opinion to that of Chastain. The actor has come forward mentioning that at some point, he tried to emulate what happened to Cullen, and cause one of his eyes to appear detached, adding that he “spent around ten minutes trying that in the mirror and realized it wasn’t going to happen.”

The glorification of serial killers has proven to be in constant request among mediums since the popularization of the genre. Docu-series across platforms have even allowed for the widespread embellishment of murderous personalities, without any actual reasoning behind it other than it being incredibly captivating for audiences. True crime has become one of the most coveted genres in entertainment, and it appears that true crime fans would kill for even more content.

Netflix is releasing The Good Nurse on Oct. 19.