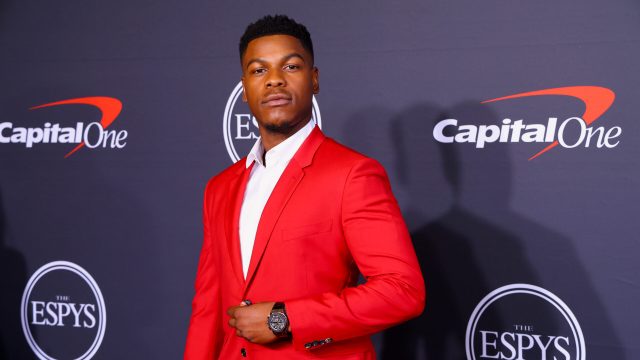 Before he was Finn in Star Wars, actor John Boyega made his feature film debut in the British alien invasion movie Attack the Block. While it wasn’t neccesarily a commercial success, it got great buzz from critics – many of whom praised Boyega’s performance. Now there’s good news for fans today as Boyega is not only returning for the sequel, but co-writing it as well.

Boyega stars as Moses, a gang leader who’s forced to use his street smarts to fight off the aliens. The movie also used the plot to also explore social issues like inequality and gentrification. In an interview with Collider, Boyega gave some insight on how the sequel is coming together.

“This process has been fantastic. The story has actually been presented by myself and Joe Cornish. We’ve collaborated heavily on making a story that makes sense for Moses and the other characters, and the new characters that will be coming up in the sequel too.”

Boyega also shared that it’s important to have different viewpoints when it comes to writing a movie and that he wanted to make sure they captured London accurately.

“And then, also, there’s different perspectives in writing it, with Joe having his perspective and me having mine. London has changed so much, in so many different ways, over the years since the first movie. We’re just tryin’ to make sure we explore all of that, while bringing in a whole different vibe to that crazy ass first movie that we made.”

As for production of the new movie, Boyega made it pretty clear that they were still in the early stages of the film and there’s a lot that still needs to be done.

“We’re gettin’ there. Obviously, we don’t wanna release no dates to anybody because we wanna take care of the creative process. We have the main spine of the story, but we’re still in the lab, just making sure the story is right. Story is everything. But it won’t be too long. I’ve given them the drums to speed up the process. Hopefully soon, we’ll have an announcement for when we’ll be around London, messin’ stuff up.”

The sequel will be chronological, so Moses will have aged a bit in the new movie. Boyega said it he was looking forward to moving the story in new directions, but to do that he had to mine all his old material about the character.

“You do go back and watch the movie again and remember the character. I’ve been back to my old script. I have my old notes to read. And then, also, on top of that, all the material that Joe collected, over the time to create the first movie, in terms of his pitch and everything that was in the bible for Attack the Block, we bring that out of the dusty corners, we blow the dust off, and we get back to work. It’s now about aging the character slightly and seeing where he’s at now.”

In the meantime, we can see Boyega in The Woman King on September 16 in theaters everywhere.