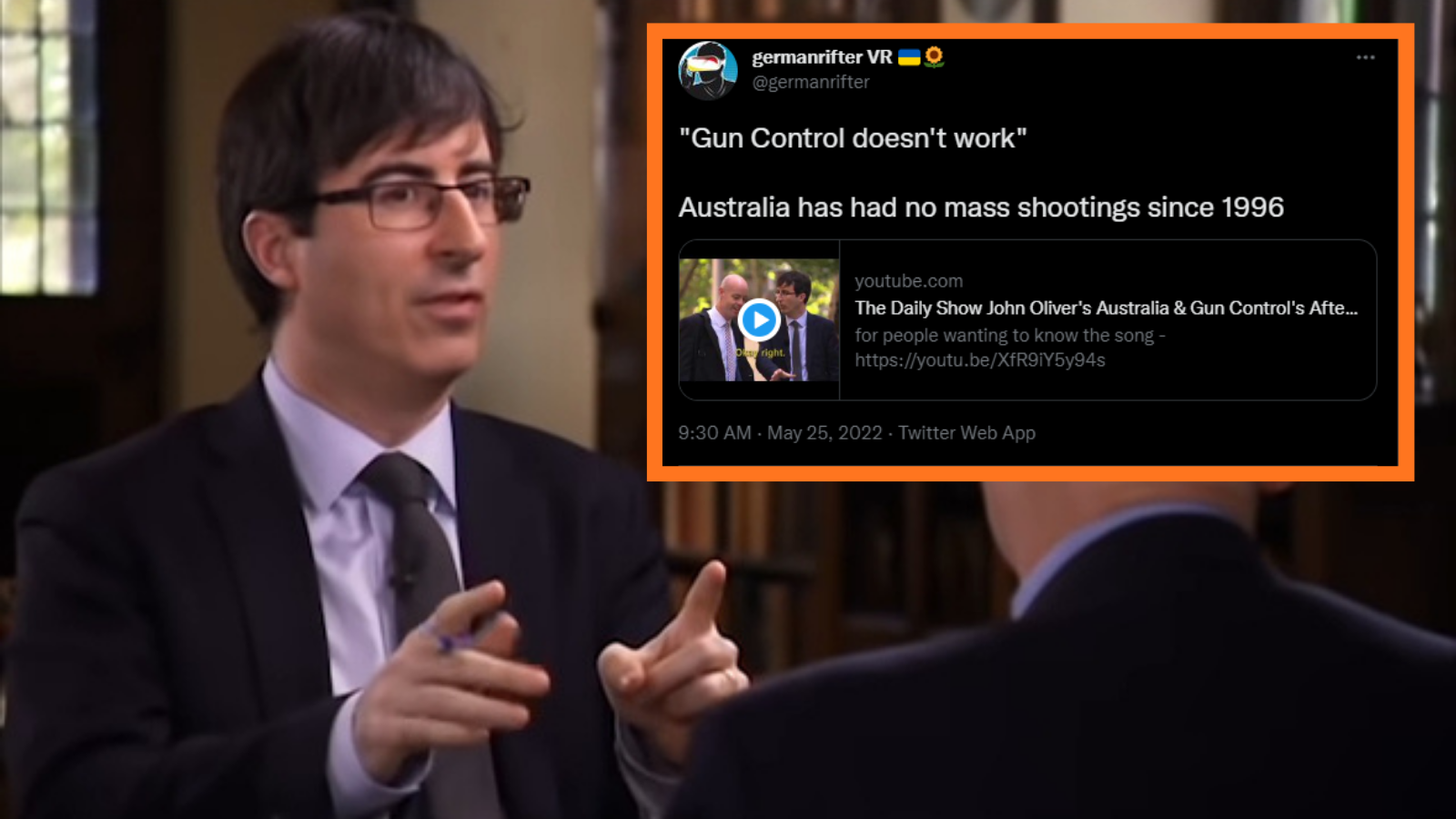 As the gun debate continues to be discussed after the recent school shooting in Texas, John Oliver‘s 2013 reporting of Australia’s gun safety resurfaced as a reminder to Americans that strict gun control laws can work.

People on social media have brought up Australia’s gun control and safety as one of the biggest arguments in America when it comes to that topic is that “it does not work”. People are also pointing out that Australia’s strict gun laws were made by a conservative government who were in power at the time and that they had zero mass shootings since the legislation was passed.

In response to that video being mentioned once again, the phrase ‘Come to Australia’ trended on Twitter, where Australians began inviting Americans to the country to notice the difference between the two first-world nations in terms of gun safety.

Oliver’s reporting on gun control was part of a The Daily Show segment back in 2013. It was a three-part series where he talked to a gun lobbyist and American politicians about the topic. He then compared their responses to Australian politicians and conservative voters. Oliver also sat down with former Prime Minister John Howard, who pushed forward the National Firearms Agreement and Buyback Program after the Port Arthur massacre that killed 23 people.

As of right now, there are a total of 19 children and two adults that lost their lives in the shooting, making this the deadliest school shooting massacre since 2012 Sandy Hook Elementary in Newtown, Connecticut. The gunman behind the Texas massacre was killed on the scene.