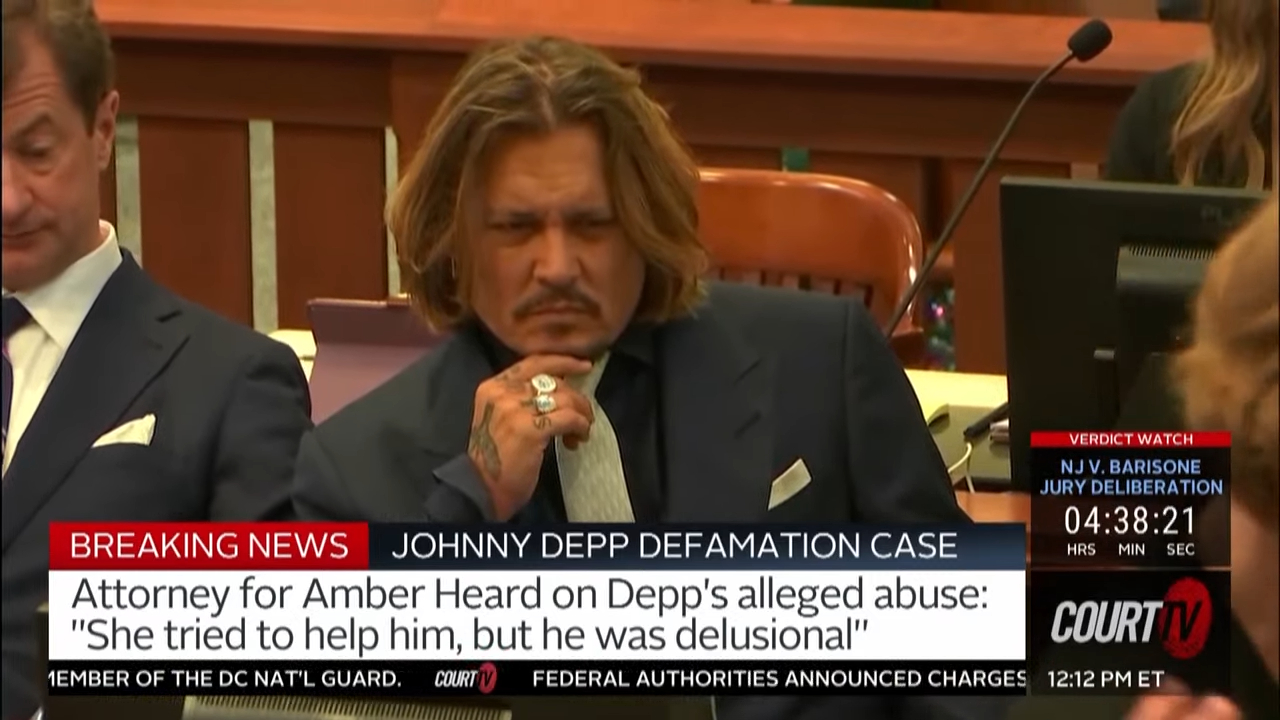 The attorneys for Aquaman star Amber Heard are claiming it was Johnny Depp who accidentally cut off his own finger — not Heard — as part of an ongoing trial in which Depp claims Heard defamed him by falsely characterizing the Pirates of the Carribbean actor as a domestic abuser.

Depp’s $50 million lawsuit stems from a 2018 op-ed for Washington Post in which Heard described herself as a victim of domestic abuse. Though the piece doesn’t mention Depp by name, the suit claims the actor is the implied abuser and the accusation — which he denies — damaged his career.

In statements given by Heard’s attorneys, they characterized Depp as a man plagued with addiction problems with alcohol and drugs, prone to committing physical abuse during blackouts, and causing his own status as an actor to fall. Despite Depp’s team claiming Heard cut off his finger with a bottle, Heard’s team says Depp is the one who cut off his own finger due to his self-damaging behavior. Heard’s attorneys say it got so bad at one point, she barricaded herself in her room.

Heard’s attorneys say Depp’s finger injury, as well as a burn on his cheek, resulted from instances of self-mutilation, despite Depp’s claim both injuries were caused by Heard.

Depp’s attorneys say the claims against him by Heard are completely false.

Back in 2020, Depp claimed in a since-dismissed libel suit against The Sun newspaper, that Heard severed the tip of his finger when she threw a vodka bottle at him, cutting off the top of his finger, and “crushed the bones” (via BBC News).

A London judge threw out the libel suit against The Sun for branding Depp as a “wife beater” in an article, finding that “the great majority” of Heard’s claims of abuse were not libelous and “could be proved to the civil standard,” according to USA Today.

In response to Depp’s latest, $50 million U.S.-based lawsuit, Heard has counter-sued her ex-husband for $100 million. The trial, which is expected to last more than a month, is currently underway in a Fairfax, Virginia courtroom. The trial is being streamed on Court TV.