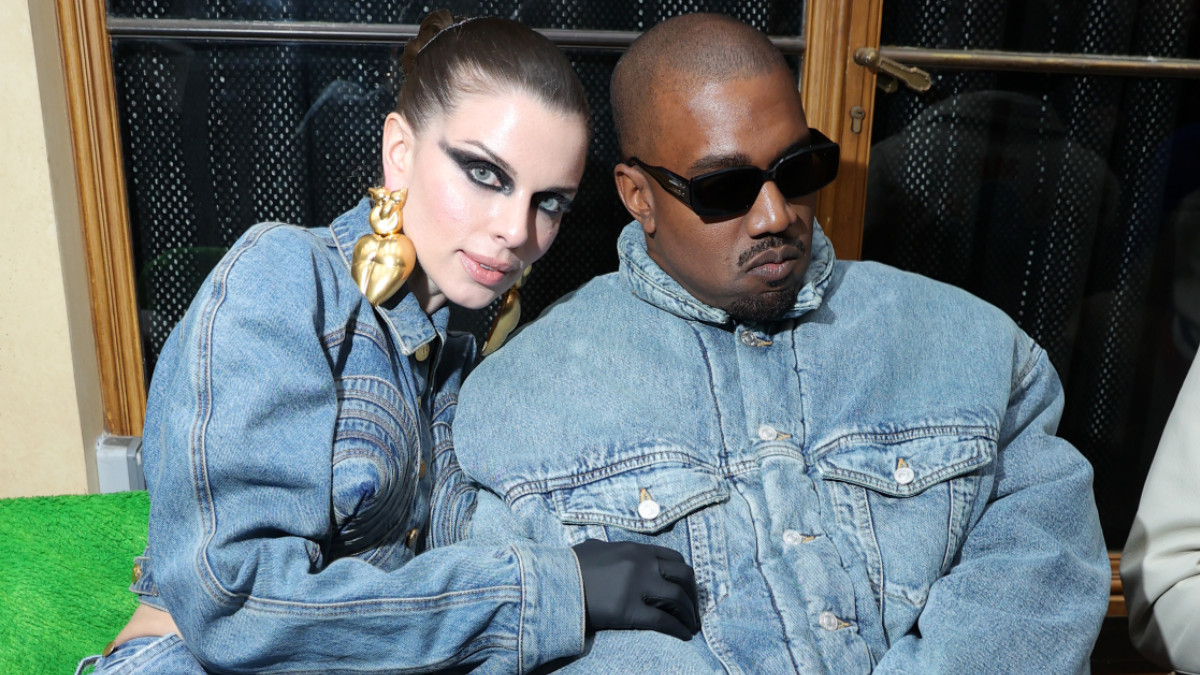 Kanye West’s new girlfriend Julia Fox may claim to be a “die-hard, OG” fan of the Kardashians. However, we have a feeling that Ye’s estranged wife, Kim Kardashian, may not be thrilled about the latest development in her ex’s new relationship.

The Donda rapper and Uncut Gems star are currently taking in Fashion Week in Paris, where they’ve been spotted wearing a number of matching ensembles. On Monday, Fox posted a couple of snaps to her Instagram Story of the pair wearing head-to-toe black leather outfits for the Schiaparelli presentation, and another of West doing her makeup with the caption: “Wanna know who my favorite makeup artist is?”

But it’s the caption to the first photo that may get Kardashian’s blood boiling. “Juliye,” Fox wrote, in an apparent nod to the former couple’s nickname “Kimye.” Was “Jeezus” ever on the table?

One has to wonder if the admiration isn’t crossing over into Single White Female territory.

In a Dec. 17 episode of her “Forbidden Fruits” podcast, Fox opened up about her obsession with the Kardashians, admitting that she would miss their long-running reality series, which ended its 20-season run earlier last year.

“I have been watching Keeping Up since it first came out in 2007 when watching it was embarrassing,” Fox said at the time, adding, “I wanted them to be my family … You feel like you know them.”

Well, what better way of knowing someone than to rebound with their ex and copy their style? Though, it seems as though Fox is getting plenty of encouragement to morph into the reality queen from West himself, as evidenced by her startling new look that West is clearly puppeteering.

“Julia and Kanye are kindred spirits: She’s really just a fame whore and he’s looking for someone to mold,” a source recently told Page Six. “Julia doesn’t hide the fact that she loves all of this. The whole thing is like performance art.”

“Kanye’s doing with Julia what he did to Kim,” added another source. “He’s controlling what she wore — making sure she appears as the set image that he has in his mind.”