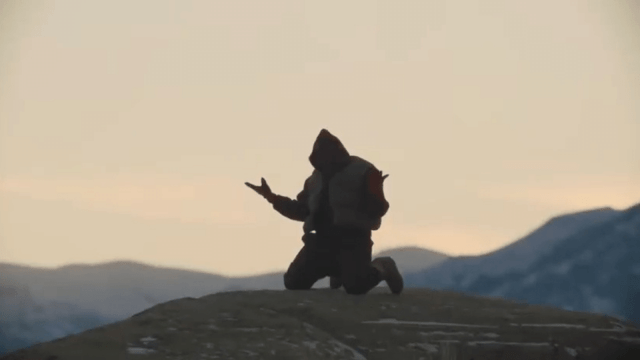 Kanye West continues his Twitter tirade and now seems to have officially launched his ‘YE24’ presidential campaign, about a week after footage surfaced of the disgraced rapper giving a tour of his merch production facility and revealing Milo Yiannopoulos as his campaign manager.

West has released three clips, two of which recount his recent actions which vilified both African Americans and the Jewish community and incensed many others, in what is truly an odd attempt to rally support.

In a third clip, Kanye is detailing an interaction he had with former president Donald Trump about having him join his election bid as his running mate, which seemed to go poorly from West’s perspective.

The rapper also recounted a discussion he had with the former president about his pardon of Alice Johnson, but Trump then allegedly called his ex-wife Kim Kardashian something unsavory, presumably an expletive as the repeated remark was beeped out of the clip.

As Kanye spoke, he appeared to shout out a number of controversial right-wing figures, including conspiracy theorist and InfoWars host Alex Jones, as well as Nick Fuentes.

It’s unlikely that West has even a sliver of a chance of becoming the 47th President of the United States, but we’d exercise caution in making such a declaration given that we were saying similar things about Trump six or seven years ago.

Still, we can’t overstate how bizarre of an initial attempt to rally supporters this turned out to be. West and his team spent well over half of the six-ish minutes worth of campaign propaganda recounting the vile rubbish he has spent the past few months spouting.

For instance, he replayed sympathetic words from Tucker Carlson ahead of the interview in which Ye claimed that he and his father thought the ‘White Lives Matter’ shirt he wore to Paris Fashion Week was “funny.”

The clip also replayed words from various news anchors detailing the anti-semitic tirade the rapper has been on recently, which seems to be an attempt at throwing the onus back on the media. He did say these things, did he not?

It all seems to point to West making things up as he goes along. After all, he promised the internet “a thirty-day verbal fast” on Nov. 3. Well, it’s Nov. 25, and despite following through on “his Twitter staying lit,” here he is on camera spewing nonsense all over again. Clutch fast there, guy.

Seems he’s getting desperate for more cash flow after the vast majority of his business partners (including his record label) dumped him and his Donda Sports athletes are ditching him before he can drop his next anti-semitic slur.