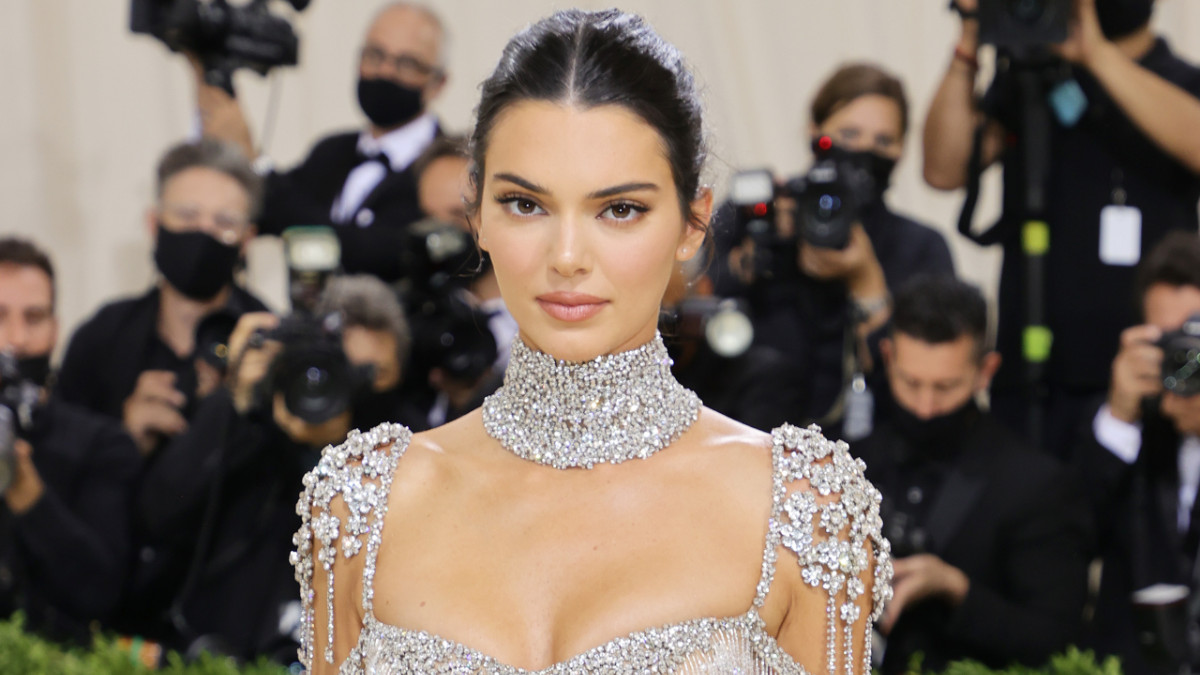 Kendall Jenner is the new cover girl for i-D magazine’s Spring 2022 issue, and on Thursday, the 26 year-old model posted a series of snaps from the fashion shoot. However, one of the photos is raising eyebrows because Jenner appears fully nude, in an apparent-yet-overlooked violation of the platform’s community guidelines.

Jenner appears partially nude in the first two images in the gallery — seated on a diving board in a skimpy bikini in the first and topless, save for an oversized suit jacket, in the second. But the third photo is the one that has really caused a stir. In it, Jenner lays on her side fully naked, and while some tasteful positioning and shadowing covers her nether regions, her nude breasts are on full display.

It is, uh, not ambiguous.

It’s unclear how Jenner got past Instagram’s strict guidelines — which, speaking of things that are unambiguous, are detailed in full below.

We know that there are times when people might want to share nude images that are artistic or creative in nature, but for a variety of reasons, we don’t allow nudity on Instagram. This includes photos, videos, and some digitally-created content that show sexual intercourse, genitals, and close-ups of fully-nude buttocks. It also includes some photos of female nipples, but photos in the context of breastfeeding, birth-giving and after-birth moments, health-related situations (for example, post-mastectomy, breast cancer awareness, or gender confirmation surgery), or an act of protest are allowed. Nudity in photos of paintings and sculptures is OK, too.

As far as we can tell, Jenner is not breastfeeding or had recently given birth, nor is she a painting or a sculpture. (Though with that figure, some might disagree with that last point.)

Of course, the Kardashian-Jenner siblings seem to enjoy Instagram privileges that the rest of us mere mortals do not. Recently, Jenner’s older sister Kim Kardashian was able to remove a single photo from a grid post without having to take the entire thing down and re-post it, after getting roasted for the image being Photoshopped.

But that didn’t stop people from pointing out an unfair double standard in the comments.

One person commenting under Kendall’s post wrote, “Me writing a bad word Instagram: your acc has been banned meanwhile Kendall.” Another person asked, “So wearing clothes is out of fashion now?” A third questioned, “Nudity??”, while another added, “You’re literally completely naked. How are you even allowed to post this?” Another critic quipped, “Glad you’re able to post nudes on IG, when thousands of other women get deleted daily for posting things that aren’t even this naked. Keep up the good work, maybe they will let everyone post nudes now. Oh, it doesn’t work that way. Sucks for us I guess.”

One user called Instagram out, “@instagram are you guys gonna take this down or flag her account too? Ridiculous when boudoir pages aren’t allowed the same opportunity and lose their following/account over posting THE SAME THING. [middle finger emoji] stay equal and across the board celebrity or not, this is ridiculous.” Another added, “Nudity not allowed on ign and bad timing when Ukraine just got bombed by Russia and Russia threatening US or don’t you give a f**k.”

As the last comment pointed out, aside from gratuitously flaunting that the rules don’t apply to her, the timing of Jenner’s post was rather insensitive, considering she uploaded it the same day Russia launched a full-scale invasion of Ukraine. We guess that an impending world war is yet another thing only us mere mortals have to concern ourselves with.