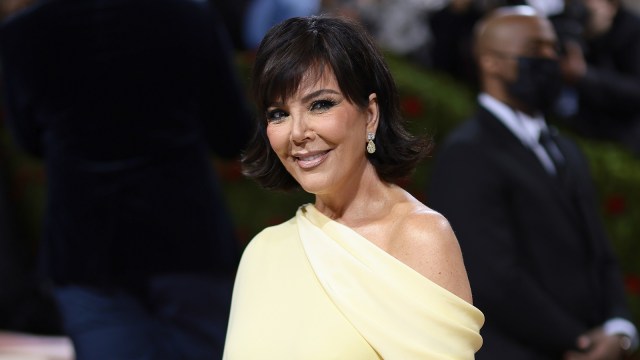 Kris Jenner was forced to answer some juicy questions on The Late Late Show with James Corden on Thursday, night and she didn’t hesitate much at all in her responses.

Those questions included: Who is your favorite child? Did you help Kim release the sex tape? Is Corey husband material? Do you have any tax havens overseas? Did Kim rip the Marilyn Monroe dress?

It’s puzzling how James Corden gets celebrities to agree to do segments like this where they are forced to tell the truth, such as the Spill Your Guts segment, though that does offer an eat-this-horrible-food alternative, and this Late Late Lie Detector segment (which sometimes is a part of Carpool Karaoke).

Yet, on Tuesday night, he got the Kardashian/Jenner matriarch to take the lie detector test, and then she wondered out loud why she ever agreed to it.

Jenner was accompanied by her daughter Kylie, who was excited to ask her mom some of the questions.

When Corden asked the first, “Do you or your family have any overseas tax shelters.” Kris answered “no,” and was confirmed to have told the truth.

That’s when Kylie offered her own question and put her mom on the spot when she asked, “Am I your favorite child?” Kris Jenner took a deep breath and said, “Yes.”

Thee host was surprised she even answered, and without much hesitation. Kris added, “I can’t go home now.” Kim Kardashian might have something to say about the answer, and so might Khloe, Kourtney, Rob, and Kendall. Kylie claimed she already knew the answer anyway, implying that she just wanted to force her mom to admit it publicly.

Corden, probably wanted to rhetorically ask Kris how she could even answer that, settled for saying, “Oh My God!”

“Did Kim rip the Marilyn dress at the Met ball.” This question refers to the controversy over Kim borrowing the iconic Marilyn Monroe dress and returning it ripped. Somehow, Kris answered, “No,” and it was surprisingly confirmed that she was telling the truth but, of course, because it’s a lie detector then it just means that she genuinely believes that.