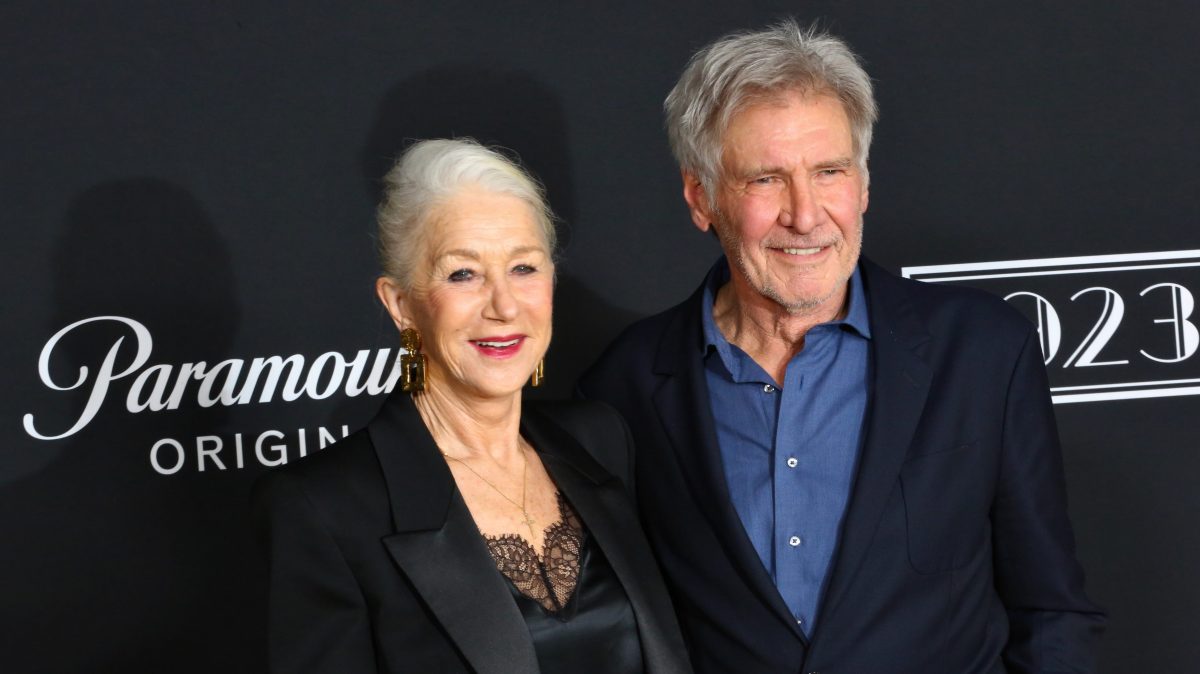 Harrison Ford and Helen Mirren are sharing all things 1923 ahead of the Yellowstone prequel this Sunday, and by all accounts, the road to the ranch will be a wild one. Cara and Jacob Dutton are the leaders of this family tree branch; above all else, they rely on the importance of being a team, acting as partners no matter what comes their way. With a storyline as emotional as the one Taylor Sheridan is telling in the upcoming series, Harrison Ford said he had to dig in and understand the complexity of becoming Jacob Dutton to bring him to life with authenticity.

Helen Mirren also shared some of the emotional struggles of the storyline and what fans should expect the Duttons to face as they strive to protect their land, deal with the change of times, and come face to face with evil and lawlessness that threatens to destroy them. To bring it back to the Dutton family of today, fans are pondering an important relationship regarding our beloved patriarch. There’s a lot to dive into today, and you know what that means: it’s time to grab your Yellowstone-loving bestie and drink of choice because we’re headed to the ranch.

Harrison Ford is breathing life into the character of Jacob Dutton, and the experience has been something next level for the actor. In a chat with Yahoo Entertainment, he shares that this is the first time in his long career that he’s played a character as multifaceted as Jacob Dutton.

“I haven’t played a character like this ever. The complexity and his moral journey in terms of the decisions he has to make are complicated and interesting. I want audiences to see the struggle of a determined man in specific circumstances.”

A determined man dealing with struggles sums up every powerhouse in the Dutton family so far. They’ve dealt with everything from death and loss to devastation and untamed heartache, but they also find a way to be stronger than whatever dares to try to break them. Jacob will carry that same strength. Ford also notes that the series, like its counterpart, Yellowstone, will focus on the Native American community and their relationships with the Duttons and other settlers.

“There are times in the history of this country where we’ve gone through social upheaval, and we’re redressing some of the issues that are the product of our history. We push into the unexplored relationships with the indigenous community. All of those are elements of this story — it’s quite broad and ambitious.”

The changing of the times, an early Great Depression, and unfairness for more people than we can count: 1923 is shaping up to be as emotional a ride as it is intense, and it all kicks off this Sunday.

Helen Mirren plays Cara Dutton in 1923. In addition to knowing her character through and through, she also recognizes all of the critical influences on the family as they navigate life in the early 1920s.

Mirren spoke with TV Line and said that, when we meet the Duttons in 1923, it’s not all sunshine and rainbows for our beloved family.

“Certainly, there are storm clouds gathering around them. Cara, as you very rightfully pointed out, is well balanced, is fundamentally peaceful, and what brings her to this point of extremity? To live and work in that sort of environment, dealing with the climate, dealing with the violence of nature, just nature itself — is one thing they’ll have to deal with.”

She discusses more changes, evolutions, and trial-and-error moments that the series will address as we discover more about the family and their enemies, episode by episode.

Anytime Mirren and Ford speak about 1923, their characters, and the story, they do so with grace, poise, and beautiful recognition of what they experienced as they act out fictional characters in an authentic setting. The Dutton family might not have existed in the 1920s, but many families like them were fighting those same battles that we’ll soon see them take on.

Fans are ready for this couple to get together

We’d be willing to bet that you didn’t even have to look at the picture beneath this headline to know who we were talking about. One of the couples Yellowstone fans have been rooting for the longest is that of John Dutton and Lynelle Perry.

The cowboy, ranch owner, and now Governor of Montana hasn’t found love since the loss of his wife, Evelyn, but he’s had companionship as he continues to experience the ups and downs of life. One of his companions is Lynelle Perry, and their dynamic is next level: she is the sound voice of reason he often needs while he is the breath of wild abandon she usually never relents to.

They come together in moments, in scenes, and in flashes, but they’re not a constant as far as a relationship is concerned. They’ve figured out how to be friends and how to rock the boat on the ride somewhere else, but they’re not exactly settling on land just yet.

When Yellowstone introduced Summer to the mix, it certainly didn’t sit well with fans. She isn’t anyone’s favorite, and the weird situations he finds herself in with John are nothing like the fluid and easy moments between John and Lynelle. Some fans think Summer is just a distraction, while others loathe everything about her entirely.

Some fans say that maybe the John and Lynelle magic is that we don’t see too much of it, and while that idea makes sense, we’re not quite sure that’s it. We could have an episode devoted to these two, and it still wouldn’t be enough.

We’ve yet to see what season five will bring, but we do know this; it’ll be one heck of a ride. Here’s to the Dutton family, romance and mischief, and a lot more magic on the horizon.