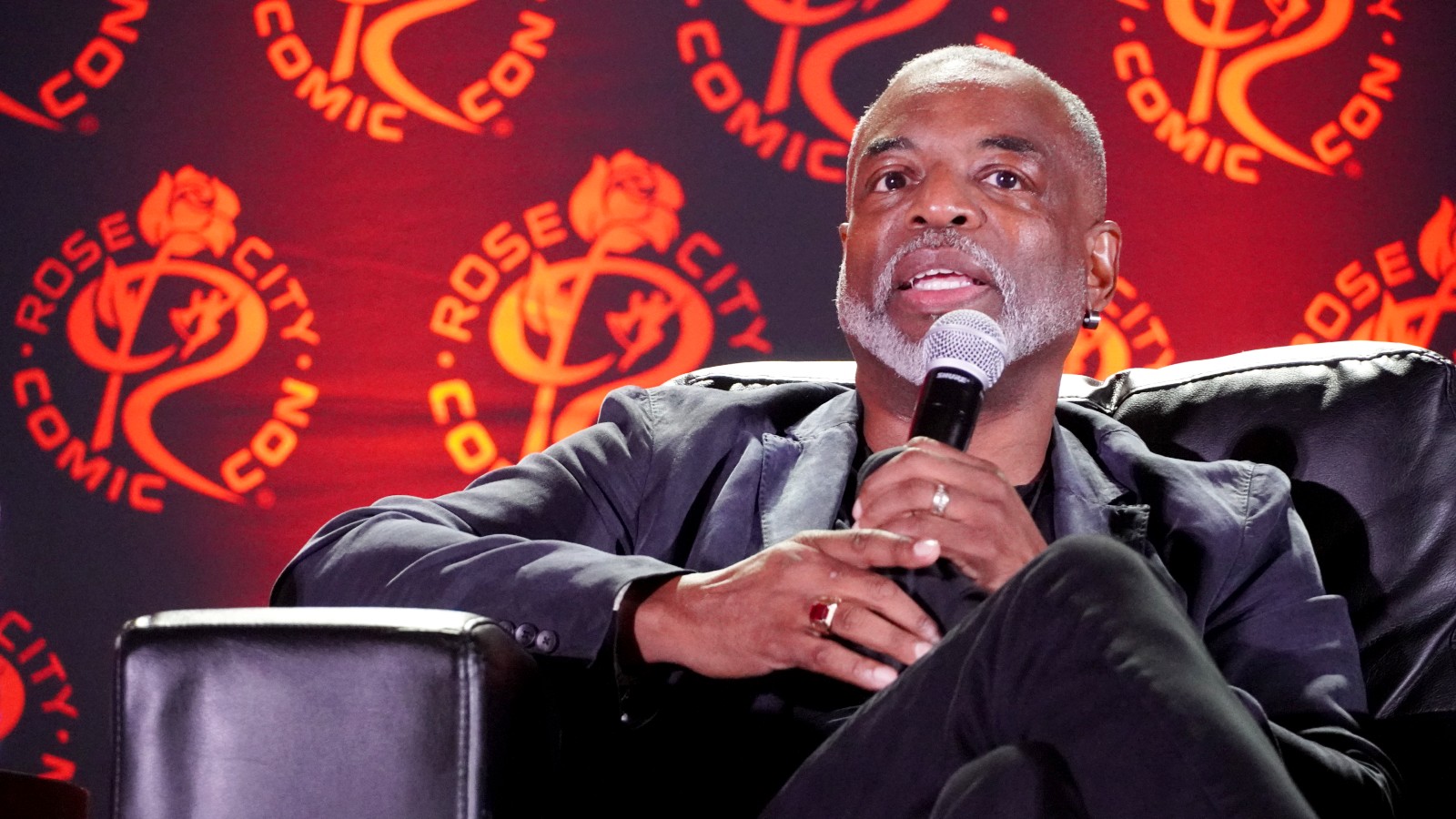 Reading fanatic and Star Trek star LeVar Burton once again gave an impassioned rebuke against banning books during a recent panel he hosted at Rose City Comic Con in Portland, Oregon. We Got This Covered was in the audience to document the Q&A session.

The longtime host of Reading Rainbow was asked by a fan: “I know you still work with literacy projects to this day to help kids, and my question to you is, just what are your thoughts and feelings about the attacks that are currently happening with libraries and books, especially books by people of color and the LGBT+ community…?”

Burton’s response touched upon the topic of critical race theory, which has been a popular buzzword among political pundits and lawmakers lately, and emphasized the importance of adults not underestimating the intelligence of their own children.

“I’ve been very, very, very clear about my position. And I’ve been very vocal. Read the banned books, ya’ll. If they don’t want you to read it, there’s a reason why. So read the books they don’t want you to read. And in terms of the conversation….I’ll go ahead and be generous and call it a conversation…the conversation that we’re having around school curriculum and what is erroneously being referred to as critical race theory, you outta be ashamed of yourself. Not because your position is indicative of how much of a dirtbag you are — and it is — but that’s not the reason you should be ashamed of yourself. You should be ashamed of yourself for not respecting your children enough to understand basic human values.”

Burton’s response echoed previous sentiments he’s expressed on the topic, including earlier this summer when he called book bans at schools “embarrassing” while appearing on the talk show The View.

A recent example of a banned book earlier this year includes a school district in Tennessee banning the graphic novel Maus, a decision that grew an incredible amount of backlash from authors like Neil Gaiman as well as the book’s author Art Spiegelman. The Pulitzer Prize-winning graphic narrative, which is a nonfiction account of the author’s parents’ experiences in the Holocaust and its inter-generational repercussions, is considered by many to be one of the best comic books of all time.

The Newberry-winning 2019 graphic novel New Kid by Jerry Craft is another book that faced a ban by multiple school districts when it was accused of promoting critical race theory, with the ban being overturned in one school district in Pennsylvania following student protests, according to The Washington Post.