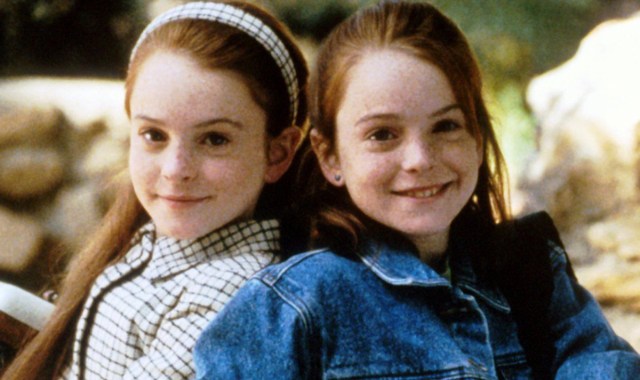 One of the many things that happen to us as we get older, along with getting excited about cooking appliances, thinking 10 pm is the appropriate bedtime, and finding our necks have gotten really stiff, is starting to sympathize more with the villains of our childhood films. However, Lindsay Lohan still contends that her characters were the heroes and that Meredith Blake was the villain in The Parent Trap.

In the film, Meredith was seen as a gold-digger, obsessed with her looks and gaining the twin’s father, Nick Parker’s money. She seemed more than happy to have “Hallie” shipped off to boarding school in Timbuktu and showed her true colors fairly quickly on.

However, as more people who were children when the film came out are now at a similar age to the character herself, opinions towards Meredith are changing, especially after the actress released a TikTok defending her character that went viral. But the star of the film is still adamant that Meredith was the villain and the twins the heroes, no matter what.

Whilst doing the rounds for her upcoming film Falling for Christmas Lohan answered a question about the now popular question, “was Meredith Blake the actual hero of The Parent Trap?” The actress laughs before answering, “I think Hallie and Annie were the heroes of the parent trap. And Natasha Richardson (playing Elizabeth James) for listening to her daughters,” adding, “but we love Elaine Hendrix.”

It would seem that millennials now look back on films of our youth and actually empathize with the villains dealing with the bratty children. Often it’s the classic, sassy Disney villains like Ursula, Hades, and Yyzma that we have come to love as adults, and Meredith Blake is just one of the villains that we can empathize with just a little more now we’re closer in age; a young smart-mouthed kid would definitely ruin the vibe of living in a winery with a handsome man.

But Lohan is probably right here, Hallie and Annie were the heroes, and maybe the true villains were the parents who split them up, never told them (or their fiance) about it, and only told the truth because they had been found out. Meredith just got caught in the middle of it all.