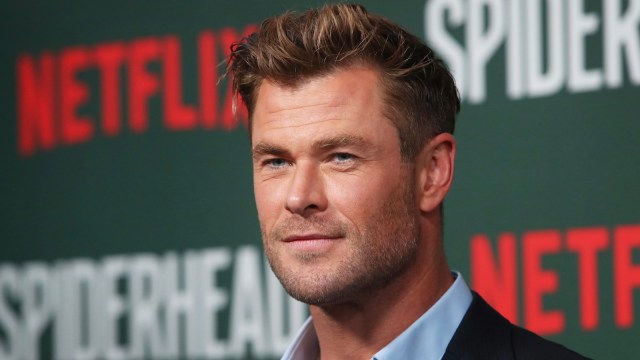 Although Furiosa, the prequel/spinoff to 2015’s Mad Max: Fury Road has been shooting since May of this year, we’ve only had a few glimpses of the male lead, Chris Hemsworth, who will play opposite the young Furiosa portrayer Anya Taylor-Joy. But now we’ve got a good look at what he’ll look like in character.

The latest photos from the set of the newest addition to the Mad Max franchise show Hemsworth in costume, and it’s a look we’ve never really seen from the Aussie superstar before. Far from his superheroic wheelhouse, Hemsworth looks dead sinister and makes a perfect fit for the dread-filled post-apocalyptic world Mad Max fans know so well.

Furiosa will tell the origin story of Imperator Furiosa, the breakout character of director George Miller’s Mad Max: Fury Road played by Charlize Theron. The character was immediately acclaimed as one of the best women action heroes since Sigourney Weaver’s Ripley from the Alien franchise. The new film will explore Furiosa’s former life among the Many Mothers of the Green Place, and her eventual abduction by the warlord known as Dementus. The film will also introduce Immortan Joe, the antagonist of Fury Road and his conflict with Dementus.

Although it hasn’t been confirmed yet, Hemsworth is believed to be plying Dementus. Even if that isn’t the case, he looks villainous enough in the set photos. In them, the Thor: Love and Thunder actor wears a grotesque prosthetic nose and a shaggy grey beard, leather pants and boots, and a dirty Napoleonic hussar jacket with the sleeves ripped off. He also sports a massive high-caliber revolver on one hip. His character also has what appears to be a leg brace very similar to the one worn by Max in the four other entries in the film franchise.

We may have to wait until further along the production schedule before anything concrete about Hemsworth’s character is revealed. Furiosa is currently scheduled to be released on May 24, 2024.