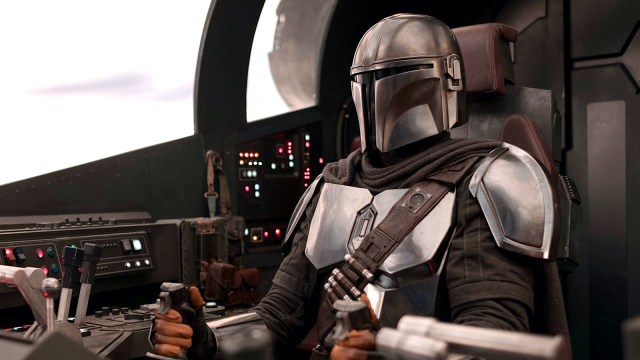 Fans of The Mandalorian have been overwhelmingly impressed with the show’s season 2 finale. Besides bringing back one of the Star Wars franchise’s most iconic characters in “Chapter 16: The Rescue,” the action-packed episode reunited old friends with new and even managed to squeeze in a teaser for upcoming spinoff, The Book of Boba Fett. As expected, then, Jon Favreau and Dave Filoni – along with the entire season 2 cast – have delivered the magic that was so sorely lacking from the Sequel Trilogy, though it’s certainly not infallible, by any means.

While it doesn’t spoil an otherwise fantastic episode, fans have been quick to point out a glaring plot hole involving a critically important heirloom. The Darksaber, a weapon originally crafted by the first-ever Mandalorian to join the Jedi order, has been appropriated over the years as a symbol of leadership. Whoever wields – or, and this part is important, wins the saber in battle – is ultimately considered worthy to rule the people of Mandalore.

Prior to Moff Gideon getting his hands on it, Bo-Katan was last seen in possession of the black-bladed energy sword after receiving it from Sabine Wren in Star Wars Rebels. Clearly having lost ownership of the artifact in the intervening years, she seeks to kill Gideon in order to cement her claim to the throne – a heroic act denied from her by Din Djarin, himself having toppled the remnant Imperial leader. Despite offering to hand over the Darksaber no strings attached, Katan reveals that she has no other option than to refuse Djarin’s offer, as it must be won in combat, contradicting the events of Rebels.

A glaring fault, then, and a surprising one, too, considering Filoni’s involvement in both series. In hindsight, the only explanatory conclusion we can reach to explain the discrepancy is that Katan, having lost the blade previously, believes now that the only way to keep hold of it is to pry it from the cold, dead hands of its previous user. Bad news for Din, then, and we suspect this conflict will form a central part of The Mandalorian season 3 when it arrives next year.