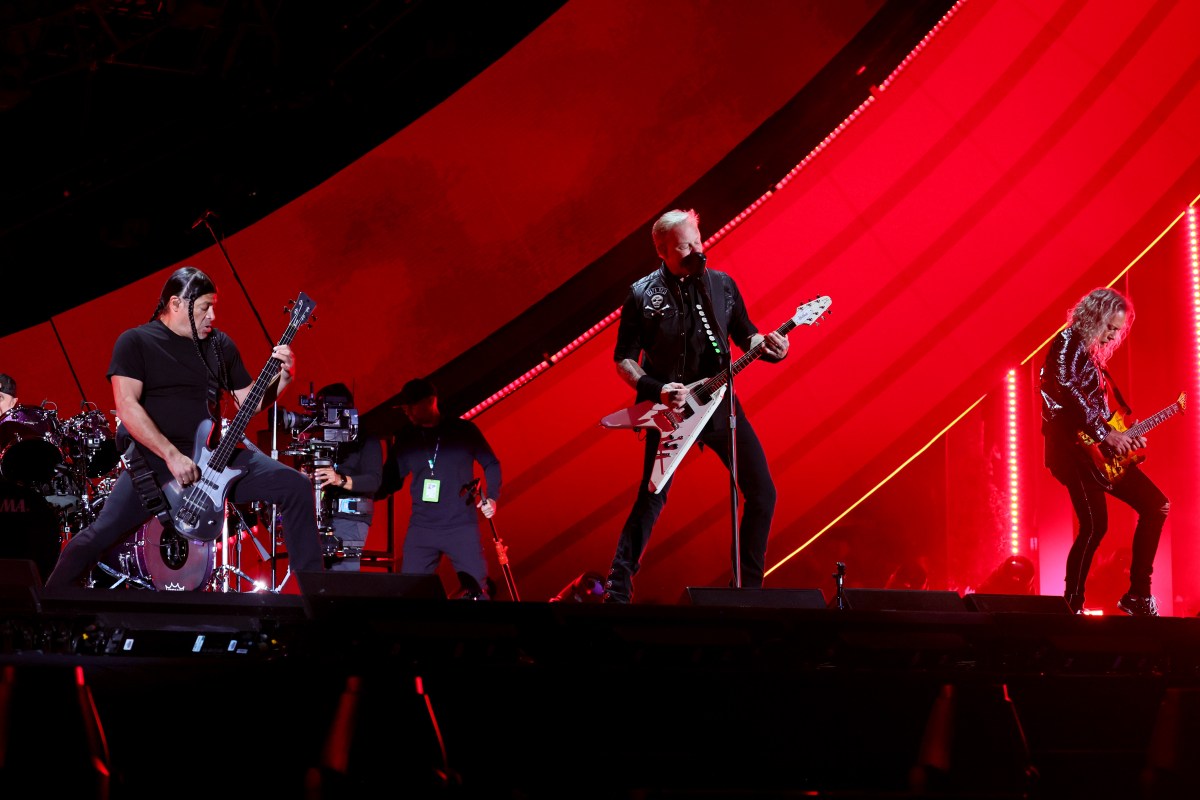 Metallica family, get ready because ‘Tallica just dropped a new single along with upcoming tour dates for what promises to be among the band’s most unique experiences yet.

Earlier today, the band dropped jaws with not only their newest song, “Lux Aeterna,” but the announcement of a forthcoming album, 72 Seasons, as well the first dates for the impending two-year world tour, according to Variety. But wait, there’s more!

When you have been the biggest metal band on the planet for four decades, you’ve played quite a few live shows; Metallica’s impressive concerts remain their bread and butter. For this time around, they’ve decided to do something a little different as a thank you to their fans. Calling it the M72 World Tour No Repeat Weekend, the band will kick off things with two shows across 22 different cities between North America and Europe. With each stop, Metallica promises that each show will be completely unique with two different opening acts and two different set lists. Not only that, but they’re redesigning the setup so that the famed “snake pit” where fans get up close and personal will be in the center of the stage. Top that, Taylor Swift.

As for the new song, fans of Metallica’s 1980s thrash metal sound will be pleased. “Lux Aeterna” has echoes of the band’s early days, which will be welcome news for the old school ‘Tallica family. Since the 1990s, Metallica has veered away from the fast pace of their thrash roots, much to the chagrin of their more hardcore audience. However, the latest single has all the feel of a B-side from 1983’s Kill ‘Em All. Nothing will replace those classic, hard-hitting tracks, but “Lux Aeterna” is a fitting tribute nonetheless.

The new album is set for release on April 23, 2023. Beginning Dec. 2, you can buy two-day tickets while single-day passes will be available starting on Jan. 20. For more information, visit the band’s site here.