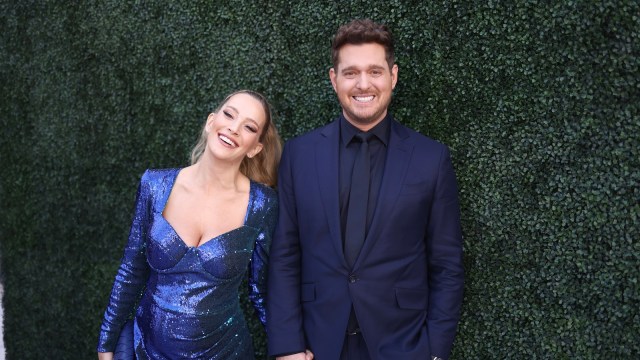 Singer Michael Bublé and actor Luisana Lopilato have announced the birth of their fourth child. The couple took to Instagram to welcome their newest family addition, daughter Cielo Yoli Rose Bublé on Friday.

“Thanks God, for this infinite blessing, we love you!! Noah, Elias, Vida, and your mom and dad,” the pair wrote in the post’s caption.

Bublé and Lopilato are already parents to sons Elias, 6, Noah, 8, and daughter Vida, 3. The pair first announced the pregnancy in Bublé’s “I’ll Never Not Love You” video back in February. The romantic video shows the couple re-enacting some of the most famous movie love scenes of all time, recreating such classics as Love, Actually, The Notebook, and Titanic. The singer snaps back into reality at the video’s climax when he is joined by his wife, three children, and her newly showing baby bump.

The couple has been together since 2009 and married in 2011 in Lopilato’s native Buenos Aires. The couple faced hardship in 2016 when their son Noah was diagnosed with hepatoblastoma, a form of liver cancer that affects children. He has since fully recovered. Speaking to People at this year’s Billboard Music Awards in June, Bublé noted that the couple was trying to relish this latest pregnancy as much as possible.

“We’re really trying to be present with the pregnancy because, most likely, it’s the last time,” the singer told the magazine. “We’re so blessed to have healthy kids and a lot of love on our house. There’s a lot of noise. I would have it no other way. We’re so lucky.”