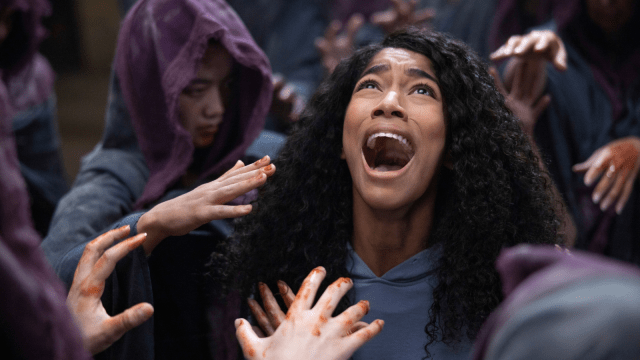 You’d be forgiven for forgetting that Mike Flanagan’s latest Netflix series, The Midnight Club, hit the streaming service recently. After all, last month was enormous for TV – with House of the Dragon, The Rings of Power, She-Hulk: Attorney at Law, and Andor all airing almost simultaneously at one point.

Now that the dust has more or less settled, a lot of horror fans are getting around to catching up on Flanagan’s latest work, and there appears to be a sentiment floating around on Reddit that The Midnight Club doesn’t quite live up to its excellent predecessors.

In a since-deleted post on r/horror titled, ‘Does the Midnight Club get better?’ Flanagan fans unpack the sunken-cost fallacy of ‘enduring’ the series’ early episodes in hopes that the narrative will eventually live up to the gold standard set by Flanagan’s previous works, The Haunting of Hill House and Midnight Mass.

Overall, replies to the thread aren’t all that promising, suggesting that The Midnight Club never quite ends up living up to said standard. Much of the disappointment towards the series seems to stem from its YA-targeted writing and direction, with a lot of the angsty teen dialogue and subsequent decision-making not quite landing with fans.

The sentiment is somewhat understandable, given that the premise of the show centers around a group of terminally ill teenagers living together in a hospice waiting out their remaining days, who gather in the dead of night to tell ghost stories. On the surface, it appears to be right up the alley of Flanagan and his team, who have excelled in telling similarly tragic stories in previous works.

Alas, at least for the commenters in this thread, The Midnight Club didn’t quite stick the landing.

There’s still a chance for the series to redeem itself among these fans, with an open-ended conclusion leaving wiggle room for a potential second season, which would be a first for Flanagan’s works on Netflix.