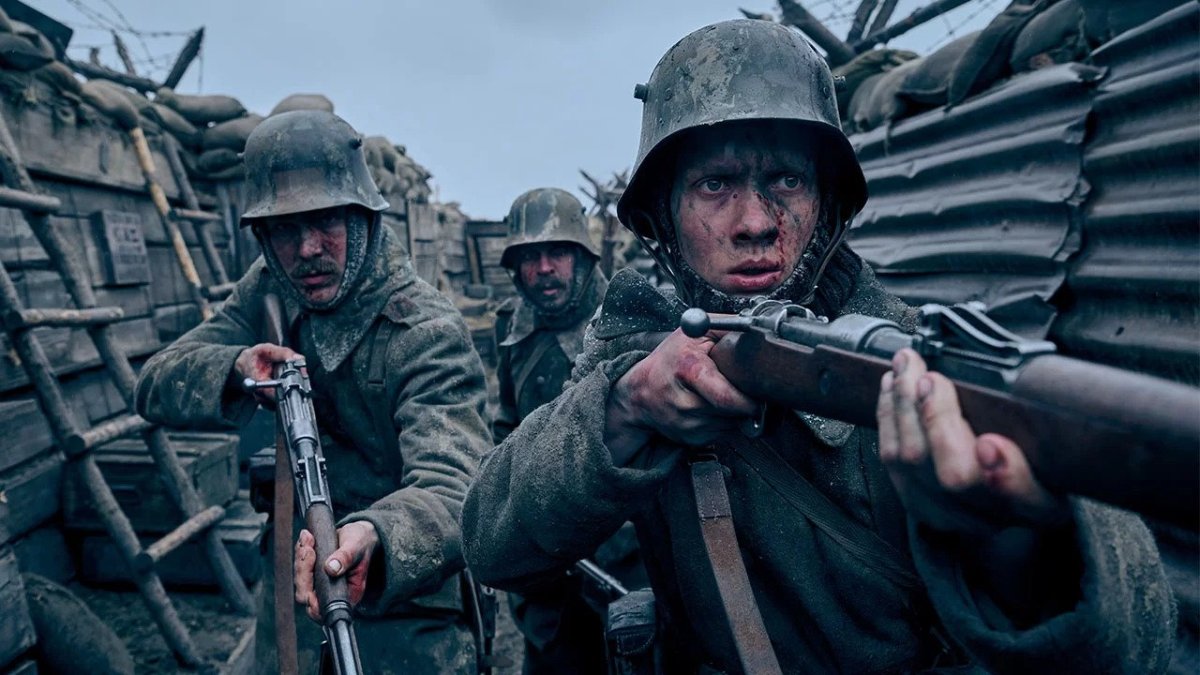 The 95th Academy Awards nominations were announced this morning by Riz Ahmed and Allison Williams, whereupon Netflix took to Twitter to celebrate its 16 nominations.

Leading the pack as the film with the most nominations is All Quiet on the Western Front. It is nominated for nine awards, including Best Picture, Adapted Screenplay, Cinematography, and Original Score.

All Quiet is based on the book of the same title by Erich Maria Remarque. There is another 1930 film based on the book as well. The 2022 version is directed by Edward Berger, with a screenplay by Edward Berger, Ian Stokell, and Lesley Paterson. The plot follows 17-year-old German soldier Paul Bäumer (Felix Kammerer), who when he enlists to fight is full of idealistic hope, and dreams of being a hero. However, he is soon confronted with the horrific realities of war.

Netflix’s more controversial project, Blonde, received a Best Actress nomination for Ana de Armas’ portrayal of Marilyn Monroe. It was the first NC-17 film to be released on a streaming service, and received criticism for its graphic sexual and sexual abuse content. The film was written and directed by Andrew Dominik.

Netflix will battle itself in the Animated Feature and Documentary Short Subject categories. Two animated films, The Sea Beast and Guillermo Del Toro’s Pinocchio will face off, as will the documentaries The Martha Mitchell Effect and The Elephant Whisperers.

Rounding out Netflix’s nominations is a nod for Rian Johnson for Best Adapted Screenplay for his work on Glass Onion: A Knives Out Mystery.