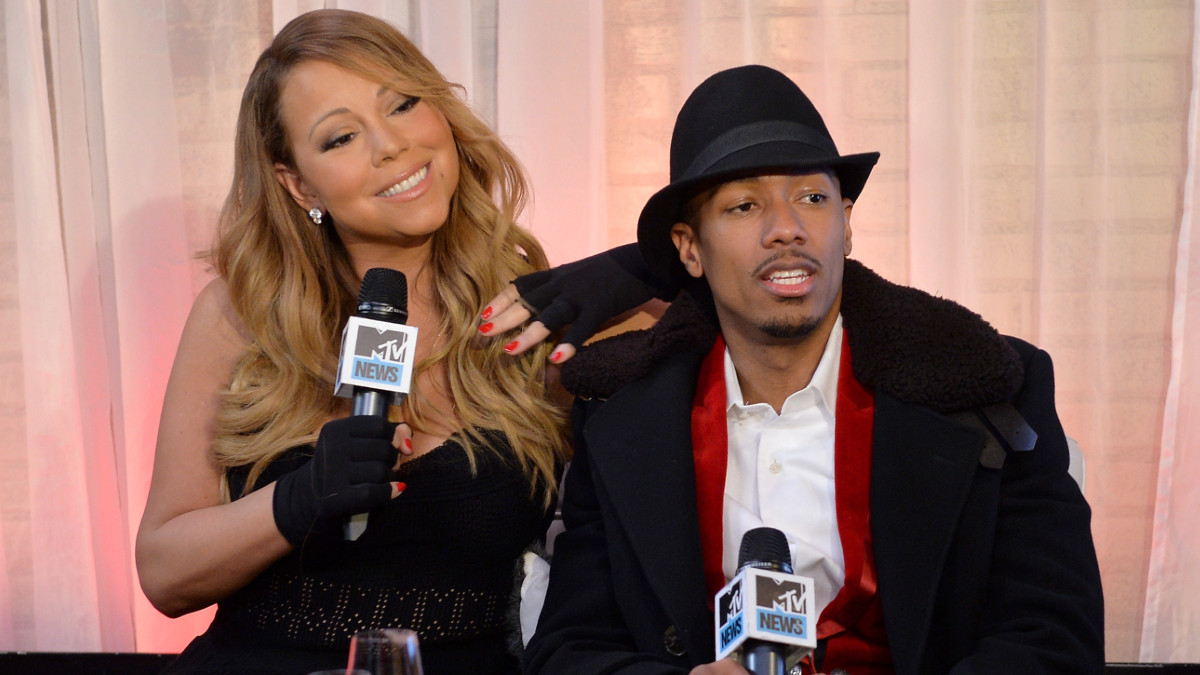 Could Nick Cannon’s days of knocking up random models be drawing to an end? That’s the speculation, anyway, after the 41-year-old rapper and comedian released a new song that suggests he wants to get back with Mariah Carey.

Cannon and Carey, who were married from 2008 to 2014, welcomed twins Moroccan and Monroe in 2011. Since then, Cannon has gone on to father six more children, including a son with model Alyssa Scott, Zen, who tragically succumbed to brain cancer in December 2021, at just five months old.

Although the Masked Singer host made a go at celibacy near the end of 2021, in January he revealed that he was expecting his eighth child with model Bre Tiesi.

But it would appear that Cannon and Tiesi are not currently an item, if his Instagram post introducing the new single, which is titled “Alone” and released on Valentine’s Day, is anything to go by.

“This is for anybody else who is #ALONE on Valentine’s Day,” Cannon wrote. “I had to come Raw from the heart on this one.”

The lyrics don’t take much detective work to decipher who the song is likely about.

Not to mention that the track samples Carey’s 1990 single, “Love Takes Time,” so you can hear his ex-wife’s voice right out of the gate.

Unfortunately for Cannon, he might have quite a while to wait before Carey would entertain getting back together; after she and Cannon divorced, Carey briefly dated (and was engaged to) Australian billionaire James Packer, and has been together with choreographer Bryan Tanaka since late 2016.

But hey, it doesn’t hurt to shoot your shot. We truly wish Cannon the best of luck, if for no other reason than to cut back on global overpopulation, since the condom machine clearly ain’t helping.