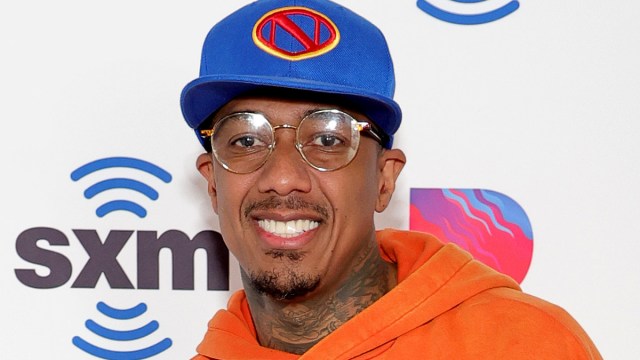 Well, it seems like Nick Cannon sure was not kidding when he said he would be welcoming three more children this year.

“Introducing Onyx Ice Cole Cannon,” Cannon wrote at the beginning of a lengthy caption alongside a black and white photo of himself, Cole, and their child. “Once again Today I am in Awe of the Devine Feminine! God has given me and [Lanisha Cole] the privilege of hosting an Angel here on earth. I vow to protect, provide, guide and love this child to the best of my abilities.”

For those who are counting, and you know we are, Cannon still has at least two more children on the way. Last month, he announced that he was expecting another child with model Brittany Bell, whom he already shares two children, a son named Golden Sagon born in February 2017, and daughter Powerful Queen born in December 2020.

Although the news has yet to be confirmed, it’s highly rumored that Cannon has yet another child on the way with DJ Abby De La Rosa, who also gave birth to his twins Zion and Zillion in June of 2021.

In addition to those [counts fingers] eight children, including the aforementioned two reportedly still on the way, Cannon also shares nine-year-old twins Moroccan and Monroe with his ex-wife Mariah Carey. He was also father to a son named Zen likewise born in June of 2021 with model Alyssa Scott, who sadly died from brain cancer just five months later.

Cannon first hinted that he would be welcoming three more children in 2022 while co-hosting Entertainment Tonight back in July.

“OK, I’m watching your math. What else you got?” he asked entertainment correspondent Nischelle Turner, when she brought up the pregnancy rumors. “That would take all the fun out of it if I just gave you a number right now,” he quipped when she guessed the over/under at three. “You would be close,” he teased. “You would be safe to bet on three [more children] in 2022.”

With two down and one left to go — De La Rosa is pregnant, but has yet to confirm who the father is — it seems as though the prophecy has been foretold. Congrats to Nick and his growing brood.