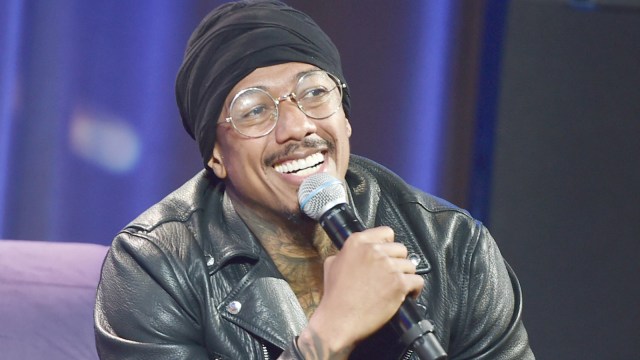 We have some bad news for anyone who has lost count of the number of children that Nick Cannon has fathered. This week, the 41-year-old elaborated on his growing brood, revealing that he is expecting at least three more babies in 2022.

Cannon is currently expecting a child with model Bre Tiesi, and although it has yet to be confirmed, is rumored to be fathering a child with DJ Abby De La Rosa, who is already the mother to his twin sons Zion and Zillion born in 2021. While co-hosting Entertainment Tonight in the Bahamas on Thursday, Cannon was naturally asked by entertainment correspondent Nischelle Turner about the pregnancy rumors.

“OK, I’m watching your math. What else you got?” asked Cannon rhetorically. Turner then brought up [De La Rosa], who is currently pregnant but has yet to confirm who is the father. That being said, Turner wondered what are the odds if she placed the over/under at three. Cannon seemed comfortable with that number.

“That would take all the fun out of it if I just gave you a number right now,” quipped Cannon. Undeterred, Turner pushed again and brought up Bre Tiesi’s pregnancy to mark Cannon’s eight child.

Cannon had previously hinted that he was expecting multiple children during an appearance on the Lip Service podcast last month.

“When you say ‘on the way’ — what count you at?” Cannon said at the time, when asked about the rumors that he has three more kids on the way. “Let’s just put it this way … the stork is on the way. That’s what I said, ‘If you thought the numbers in 2021 — if you thought it was a lot of kids last year.'”

Could De La Rosa be having another set of twins — since Cannon seems to be prone to them, because of course he is — or is there a third woman out there carrying a Cannon baby?

In addition to Zion and Zillion, Cannon shares twins Moroccan and Monroe with his ex-wife Mariah Carey and two children with model Brittany Bell. He also fathered a son named Zen with model Alyssa Scott born in 2021, who died from brain cancer at just five months old. Cannon attributed the death of his son to breaking his celibacy out of depression.

“So, obviously, my therapist told me I needed to chill out, so I was like, let’s try celibacy, and that was like, October — I didn’t even make it to January, he likewise explained on the Lip Service podcast. “I was supposed to make it to the top of the year, but I was going through some stuff, you know, I got depressed with the loss of my son and stuff, so in December — and the thing is, everybody saw I was so down — so everybody’s like, let’s give him a little vagina, and that’s gonna cure it all.”

“I fell victim to it because I was in a weak state,” he added. “So December, right before Christmas, I started [procreating] like crazy. And that’s when I broke the celibacy, but I was probably celibate for a month and a half strong.”

Maybe time to seriously start thinking about that vasectomy, Nick.