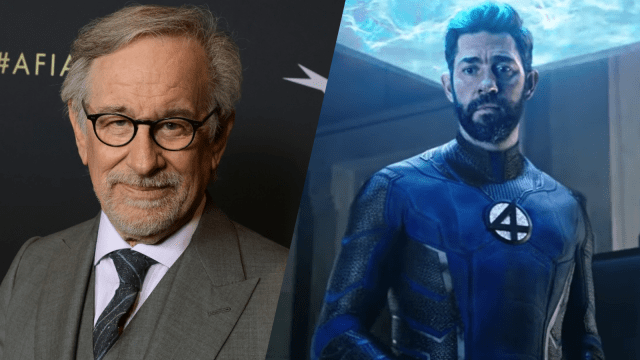 As more rumors based on Marvel Studios’ Fantastic Four continue to spread, people have speculated that renowned and Oscar-winner director Steven Spielberg will be taking the reins on the upcoming Marvel film.

But despite all that speculation, it has been confirmed that Spielberg won’t be involved in the MCU reboot.

The rumors began when it was reported by a former Vulture journalist, Mike Sampson, on Twitter that Marvel has reached out to Spielberg to direct the film. However, not much has progressed because, according to Sampson, Spielberg has “no interest” to produce a Marvel movie.

Fans were excited about the idea of Spielberg directing an MCU film, considering that he worked on other classic titles, such as Indiana Jones, Ready Player One, and Jurassic Park.

But despite all the speculation and excitement about the idea, the rumor was then later debunked by Variety‘s senior editor Adam Vary. The senior editor confirmed that the rumors were false and that Spielberg won’t be working on the Marvel project. So far, both Disney and Marvel Studios have yet to announce who will be directing the film.

Back in 2020, Marvel Studio’s executive producer Kevin Feige announced an MCU reboot of Fantastic Four. The last Fantastic Four film was released back in 2015 by 20th Century Fox and performed poorly at the box office. The film earned over $25 million during its domestic opening and ranked 6 percent on Rotten Tomatoes. Due to the film’s poor performance, a sequel was canceled.

So far, no information about the cast and crew were made public. However, multiple leaks and rumors were spread on social media about potential cast members for this superhero team.

The MCU reboot of Fantastic Four is scheduled to come out in 2024.