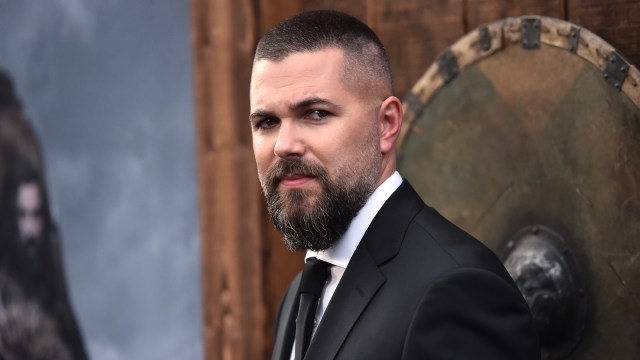 The Northman director Robert Eggers is making yet another dream into reality — this time it’s his own longtime dream project, a remake of F.W. Murnau’s 1922 silent film classic, Nosferatu: A Symphony of Horror. But besides Eggers, no one’s looking forward to the shoot more than Nicholas Hoult, set to work with Eggers for the first time in an as-yet undisclosed role.

Hoult recently spoke to Collider while promoting The Menu and revealed that he was looking forward to despite the director’s reputation for pushing his actors.  Hoult said that despite being well aware of Eggers’ rep (his The Menu co-star Anya Taylor-Joy has worked with Eggers on two of his three movies) he is “looking forward” to the filmmaker pushing him and “demanding a lot.”

Hoult also admitted to being a fan of the original and to looking forward to seeing the spin The Lighthouse director would put on the horror film staple.

“I am a fan of the original, but I think knowing Robert’s work and knowing that he’s wanted to make this film and tell this story — I think he’s been obsessed with it since he was about eight years old, he told me. So when it means that much to him personally and knowing what he’s created with ‘The Northman’, ‘The Lighthouse’, and ‘The Witch’, I’m like, his version of that story is something that I, as a fan, would be excited to see, so to get to go make it with him is something I’m really looking forward to.”

The original Nosferatu is an unauthorized and unofficial adaptation of Bram Stoker’s classic horror novel Dracula. The film was first remade in 1979 by German director Werner Herzog under the name Nosferatu the Vampyre. According to Collider, Eggers is aware that a third remake “really doesn’t objectively need to be done” but, just like the fiend of the title, he’ll pursue his obsession nonetheless.

“I’ve been obsessed with that film since I was a little kid,” Eggers said. “But, you know, Peter Jackson was obsessed with King Kong and we saw how that turned out.”