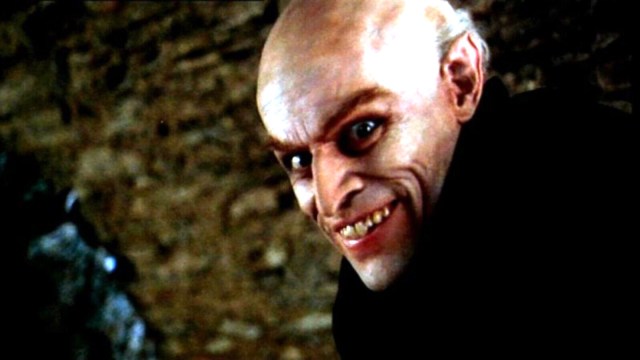 The Northman director Robert Eggers has found his next movie, and it’s one he’s been trying to drag out of development hell for years. The acclaimed filmmaker first announced he was working on a remake of seminal silent horror film Nosferatu way back in 2015, but the project has been stuck in limbo ever since. Following yesterday’s news that Eggers is finally moving forward with the project, the production has now landed its somewhat surprising leading stars.

As first reported by Deadline, Lily-Rose Depp and Bill Skarsgard have been cast in the new Nosferatu. This might be a surprise to Eggers enthusiasts as Anya Taylor-Joy has been nominally attached to play the film’s female lead for years. Clearly, The Queen Gambit star’s busy schedule made her unavailable to commit to working with the director for a third time, after The Northman and The VVitch.

Meanwhile, Skarsgard is a natural choice to bring the movie’s vampire ⁠— who’s actually called Count Orlok, not Nosferatu ⁠— to (un)life once again, seeing as the It icon has history with playing freakish horror antagonists. That said, Eggers has previously teased that he wanted to work with old pal Willem Dafoe again on this one. Perhaps it was felt casting Dafoe as Orlok would be too samey after he already played the role in 2000’s semi-remake Shadow of the Vampire. Strangely enough, Harry Styles was also briefly attached to the movie for a hot second there.

The logline for this “new reimagining” of the classic story teases that it tells “a gothic tale of obsession between a haunted young woman (Depp) in 19th century Germany and the ancient Transylvanian vampire (Skarsgard) who stalks her, bringing untold horror with him.”

This is both Depp and Skarsgard’s first time working with Eggers, although the in-demand pair have each got a bunch of other high-profile projects on the way. Skarsgard is set to reboot another iconic gothic property as the lead in The Crow from Rupert Sanders while Depp is due to star in HBO’s upcoming drama series The Idol.

Nosferatu will be written and directed by Robert Eggers, who is likewise producing alongside Jeff Robinov, John Graham, and Chris and Eleanor Columbus.