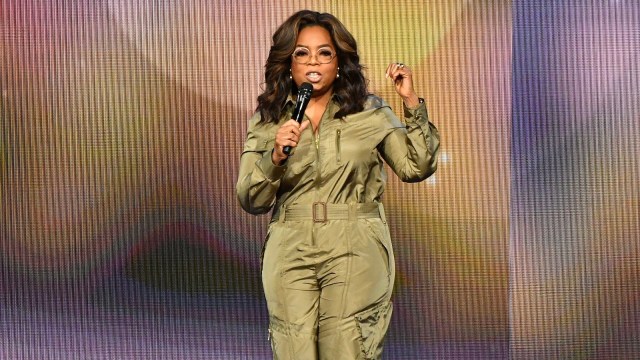 Georgia gubernatorial candidate Stacey Abrams has gained a giant star-powered boost with the announcement that she will join Oprah Winfrey for a virtual campaign event titled “Oprah Winfrey and Stacey Abrams Present: A Thriving Life” set to take place on Thursday at 8:30 PM EDT. Winfrey is one of many high-profile celebrities who stumped for Abrams in her previous 2018 run for Georgia’s Governor’s office.

“I’m excited to join an extraordinary storyteller and my friend,@Oprah, for a conversation about this historic election,” Abrams tweeted. This is Abrams’ second run against incumbent Republican Governor Brian Kemp. Winfrey joined Abrams during her 2018 campaign at a town hall meeting in Marietta Ga.

The virtual event, which is free for all to attend, will include a face-to-face discussion between Winfrey and Abrams regarding her vision for “One Georgia,” wherein all the state’s citizens enjoy equal access to education, healthcare, housing, and gainful employment. Those who wish to attend the online event can sign up at Abrams’ campaign website.

This is the third in a series of events featuring high-profile Abrams supporters. First lady Jill Biden was a key speaker at an Atlanta fundraiser for Abrams last Friday. Whoopi Goldberg will host an Instagram Q & A session with the candidate later this evening. Former President Barack Obama is also scheduled to attend a major campaign event with Abrams and Senator Raphael Warnock on Oct. 28.

The events all come on the heels of Abrams’ Monday night debates with Kemp and Libertarian candidate Shane Hazel. The challengers and incumbent clashed on a variety of issues, with Kemp promising that he would not seek further restrictions against birth control and abortion, putting him at odds with many Republican lawmakers nationwide.

According to Atlanta based 11 Alive News, Abrams noted that since her loss to Kemp in 2018 he has delivered very little to the Georgia public.

“This is a governor who for the last four years has beaten his chest but delivered very little for most Georgia. He’s weakened gun laws and flooded our streets with guns. He’s weakened … women’s rights, denied women’s access to reproductive care. The most dangerous thing facing Georgia is four more years of Brian Kemp. We need a governor who actually understands the math and the morality.”

Voters will come to a decision on the candidates on election day, Tuesday, Nov. 8.