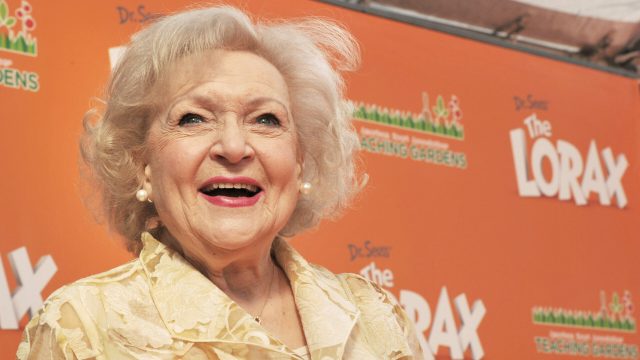 Jimmy Fallon and Keke Palmer are breathing life into one of the best game shows in television history, and they’re doing so with a special nod to the show’s rich history.

The reboot of Password aired its first episode tonight, and legendary contestant Betty White was honored from the opening seconds to the conversation across the board. White and her husband Allen Ludden, the host of Password between 1961 and 1980, shared hilarious moments on the series as White helped contestants win the big prizes.

During the title sequence, White was shown on an old-fashioned television, in glimpses of her time on the show. Moments later, Jimmy Fallon and Jon Hamm shared stories about her impact on television and how she gave a special glance to Hamm after the two performed a skit with her.

Jimmy looked up to the sky with his hands grasped together before proclaiming that the reboot was all for her, saying, “This one is for you, Betty.” Hamm then explained what happened during their moment together.

“After our skit I had a quick change and Betty White saw me in my underpants and she did not look away folks.”

In a chat with TODAY, Fallon shared more on why the revival of Password took so long and once again mentioned White’s influence on the new edition of the beloved game show.

“We had Betty White on our show to play (Password). She’s the permanent guest, always on Password. She met her husband, Allen Ludden, on that show. So we had betty on the show and asked, ‘Would you ever want to play Password, remember that game?’ She’s like, ‘Are you kidding me? Of course!’ We played, and Betty crushed it; I mean, she really crushed it — she was awesome. So we played then, and we just kept playing on the show, and then we’re like, why is this not on tv?”

White’s impact on television is hard to put into words, and fans won’t ever forget her legendary presence on Password. As everyone who loved or admired her said, she had an incredible 99 years on this Earth, and it still doesn’t feel like long enough. Here’s to Betty White and the impact of Password.