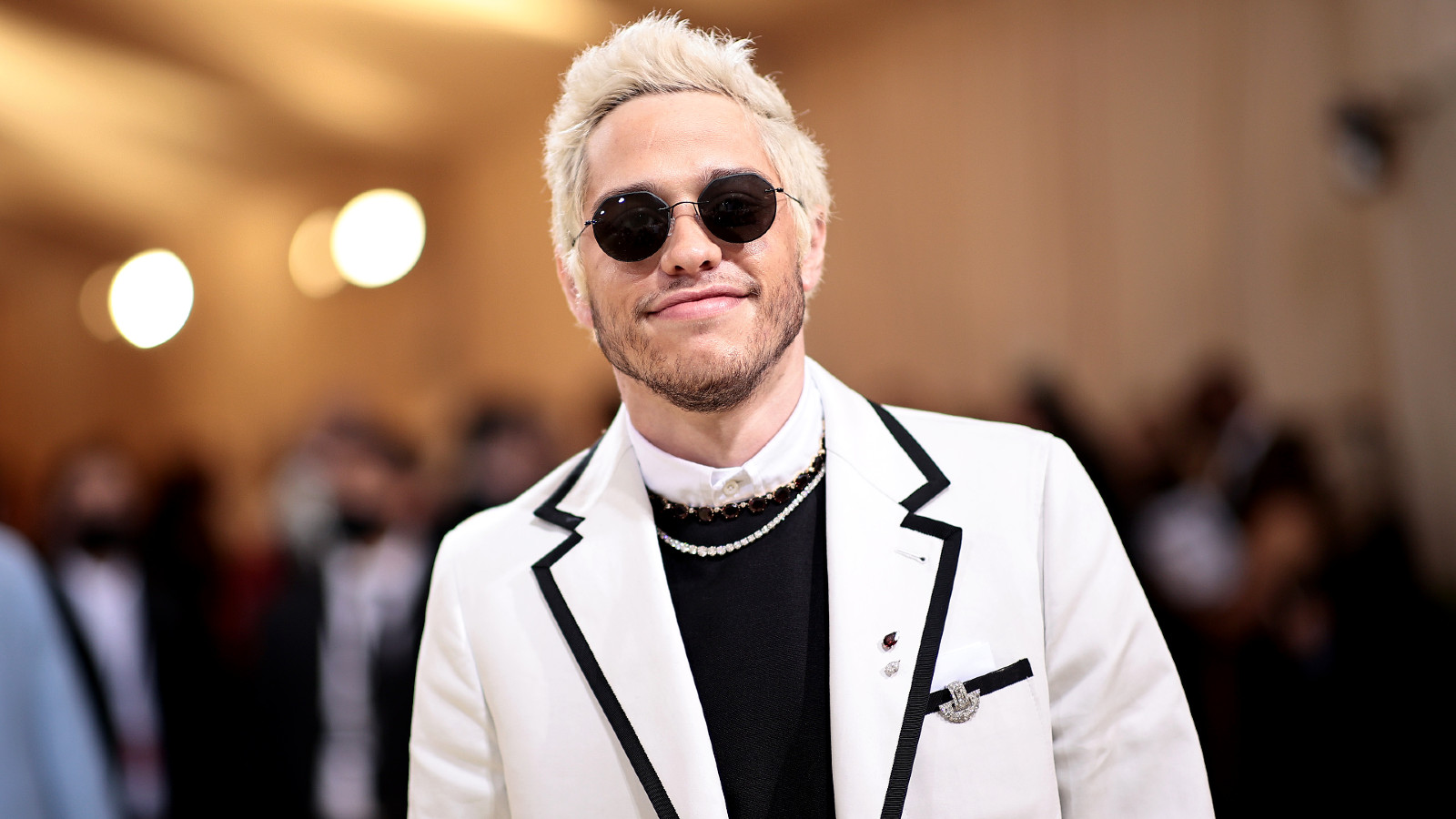 Pete Davidson finally had enough with Kanye West’s ongoing harassment and responded to the latest with a string of text messages this weekend both taunting the rapper and imploring him to get help. In doing so, it seems as though the Saturday Night Live star may have inadvertently revealed that he’s gotten Kim Kardashian’s name tattooed on his chest.

“Yo, it’s Skete. Can you please take a second and calm down,” Davidson started out in the heated back-and-forth. “It’s 8 am and it don’t gotta be like this. Kim is literally the best mother I’ve ever met. What she does for those kids is amazing and you are so fucking lucky that she’s your kids’ mom.”

“I’ve decided I’m not gonna let you treat us this way anymore and I’m done being quiet,” he added. “Grow the fuck up.”

West quickly responded, noting, “oh, you using profanity,” and asked Davidson “where are you right now.” The 28-year-old answered “in bed with your wife” along with a shirtless selfie, flashing the peace sign with his tongue out. After getting West’s attention, Davidson went on, offering to sit down man to man and touting the benefits of getting help for “mental health stuff.”

The texts, which were confirmed to have been real by Page Six, were shared on Instagram and later deleted by Davisonson’s friend and SNL guest writer Dave Sirus. But the screenshots continued making the rounds on the internet and some people focused on the selfie in particular.

Not Skinny But Not Fat podcast host Amanda Hirsch was one of the first to spot the tattoo, which appears to be a crude “KIM” written across the right side of Davidson’s chest. “Omg you guys: PETE HAS A KIM TAT,” she wrote.

The tinfoil hats soon came out in full force, as some people began to wonder if Kardashian herself had done the tattoo. “Is that Kim”s handwriting? How Kravis of them!” remarked one user. “It looks like it was drawn with pen,” added another.

Let’s hope for Davidson’s sake that it was drawn in pen — because really, when will he learn? The comedian already had to remove or cover up the handful of tattoos he got in tribute to his ex-fiancée Ariana Grande and is likewise in the process of removing most of his visible tattoos as he continues to pursue a career in acting.

But then again, hey, you only date a billionaire once. Might as well go big or go home!