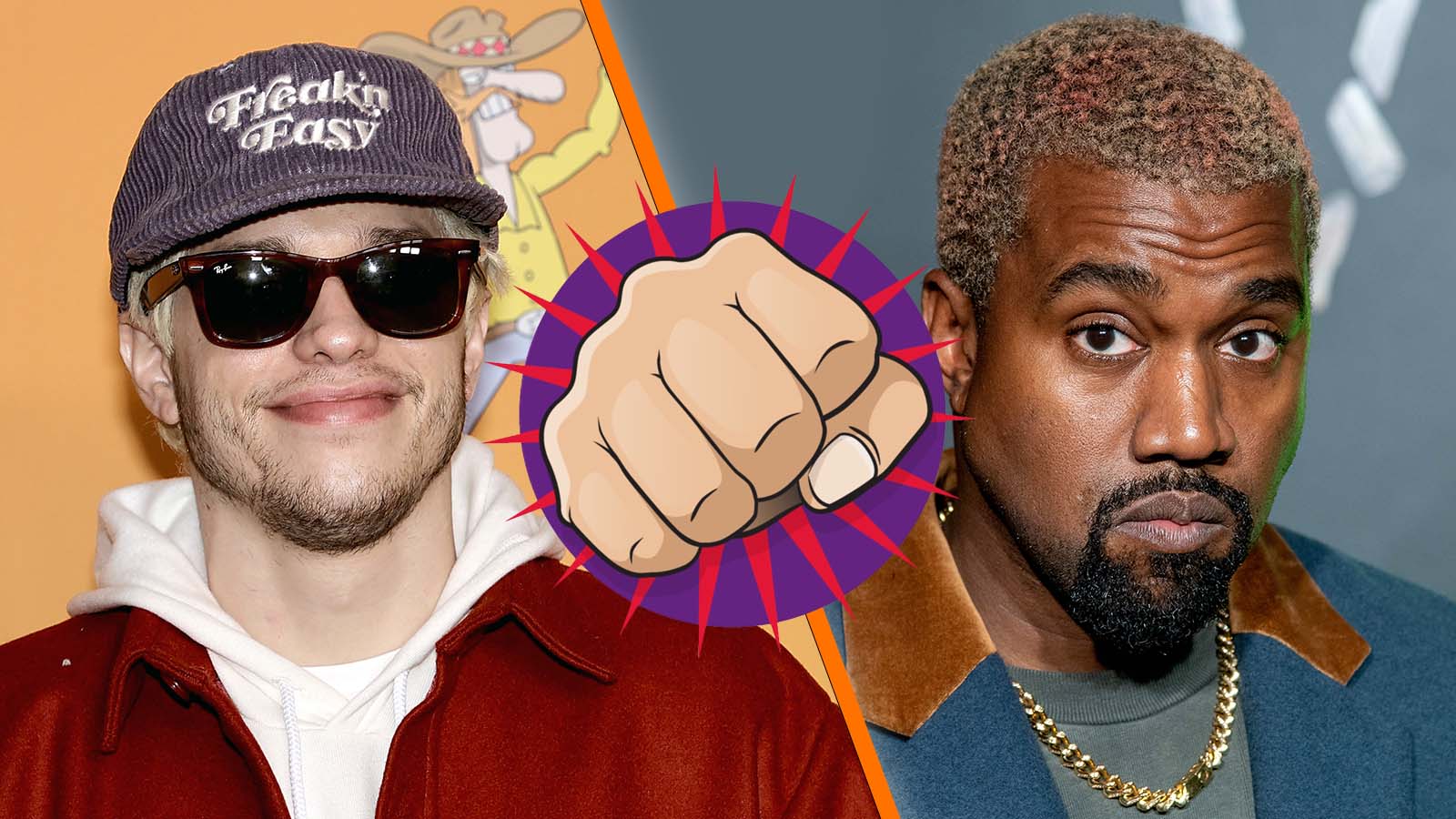 Comedian Pete Davidson allegedly recently taunted rapper Kanye West in a series of text messages, including one boasting that he was currently in bed with Kanye’s soon-to-be ex-wife, Kim Kardashian.

According to NME, Davidson’s exchange with West was posted to Instagram by his friend Dave Sirus in a series of screen captures, which have since been deleted.

“I’m done being quiet,” Davidson allegedly wrote to West, “Grow the f–k up.”

Things quickly got heated after West replied, “Oh, you using profanity. Where are you right now?”

Davidson responded, “In bed with your wife.” He then sent West a selfie of him in bed with his tongue out, propped up on a pile of white pillows and flashing the peace sign.

Though West seems to have moved on since Kardashian filed for divorce in early 2021, tensions arose when she started stepping out with Davidson in November the same year.

In February, West publicly criticized Kardashian for allowing their eldest child, North, to have a TikTok account. The same month, the rapper launched a campaign of verbal attacks against the Saturday Night Live star. He released several songs and music videos featuring disturbing lyrics and imagery, including a decapitated claymation effigy of Davidson.

West responded to the complaints about the violence shown in “Easy” with an Instagram post, sidestepping concerns with the statement, “art is not a proxy for any ill or harm,” and skillfully shifting the onus for any wrongdoing on to his critics with the claim, “any suggestion otherwise about my art is false.”

What you are doing to your family is dangerous and going to scar them for life. Please handle these matters privately bro I beg you.

Per E! News, West seemed to confirm the authenticity of the text message exchange with Davidson in a now-deleted video on Instagram.

In the clip, he complained: