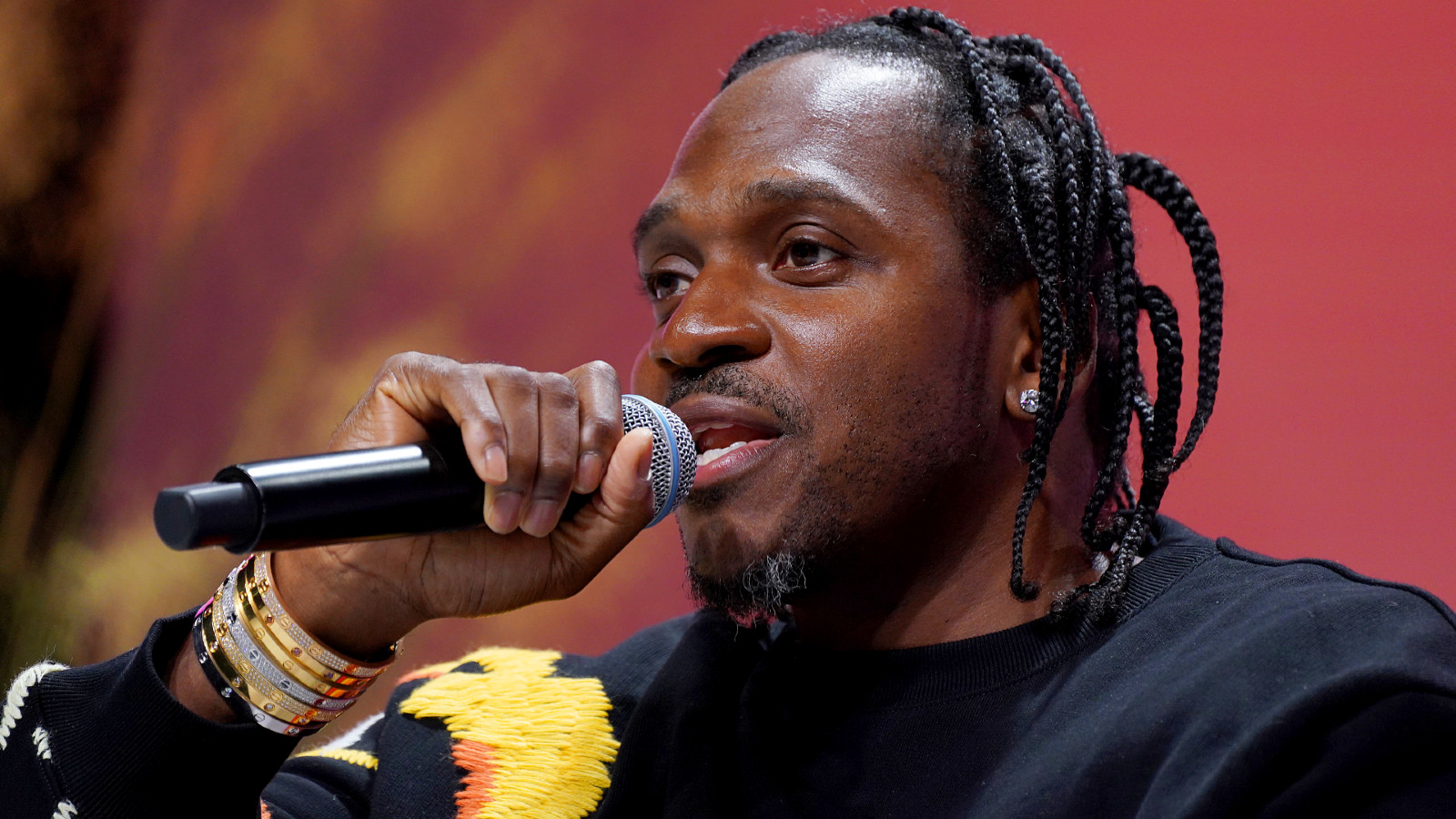 After nearly two decades, Pusha T is getting back at McDonald’s for paying him what he says is “peanuts” for his role in the creation of McDonald’s now-infamous “I’m Lovin’ It” jingle.

Though his account has been disputed by a few parties involved, it came out in 2016 that the 44-year-old rapper and his brother No Malice, of the hip hop duo Clipse, had written the jingle, based on Justin Timberlake’s song of the same name.

McDonald’s began using the jingle in 2003, and continues to use it to this day, making it the longest-running marketing campaign in the fast-food chain’s 82-year history. However, Pusha now claims that he was paid a one-time fee for the jingle, and has not received royalties at any point over the past 19 years.

“Luckily no one tried to clown me for my McD’s jingle,” the rapper tweeted in 2016. “I woulda had to dig up pay stubs, I think u social media guys call that “metrics.”

“I’m the reason the whole world love it / Now I gotta crush it / Filet-O-Fish is *** / And you should be disgusted,” Pusha T raps at the beginning of the spot, released on Monday.

“How dare you sell a square fish / Asking us to trust it / A half slice of cheese / Mickey D’s on a budget?” the lyrics continue, superimposing an image of a sad clown holding bags of money.

Not long after the new commercial dropped, people understandably began freaking out on Twitter, as “Pusha T writes an Arby’s diss track aimed at McDonald’s” sounds like the ultimate Mad Libs card.

“Pusha T being the go-to rapper for fast food jingles is one of the most random things in Hip Hop history,” tweeted one user, not incorrectly.

“How Pusha T looking at Ronald McDonald,” joked television producer Josiah Johnson, along with a still image of the character of Simon Adebisi from the HBO series Oz.

“Pusha T went 97 percent of that Arby’s commercial before he dropped a coke reference lmao he really is one of my favorite rappers ever,” tweeted digital creator Kazeem Famuyide.

“Revenge is a dish best served with curly fries,” added another user, along with a screenshot of the Google search results.

Yet another user quipped that Pusha T needs to be studied at Harvard given his business acumen.

Beatboxer Ismael AbduSalaam was just excited that he picked up on a reference in the track, which he pointed out with a Captain America gif.

“It’s really a full-circle moment for me,” Pusha T told Rolling Stone, of his Arby’s commercial. “I am solely responsible for the “I’m Lovin‘ It” swag and the jingle of that company. That’s just real. I am the reason. Now I gotta crush it.”

He laughs and adds, “I did it at a very young age at a very young time in my career where I wasn’t asking for as much money and ownership. It’s something that’s always dug at me later in life like, ‘Dammit, I was a part of this and I should have more stake.’ It was like half a million or a million dollars for me and my brother — but that’s peanuts for as long as that’s been running. I had to get that energy off me, and this [ad] was the perfect way to get that energy like, ‘You know what? I’m over it.'”

As Rolling Stone also points out, this isn’t Pusha’s first collaboration with the roast beef chain; in 2018, Arby’s licensed Yogi and Skrillex’s 2014 EDM track “Burial,” which featured Pusha T, for its “We Have the Meats” campaign.

Fortunately, by 2018, the rapper was a bit better-versed in licensing rights — no pun intended. Although his voice isn’t heard in the campaign, Pusha T owns 40 percent of the track, and still gets paid every time the commercial airs.