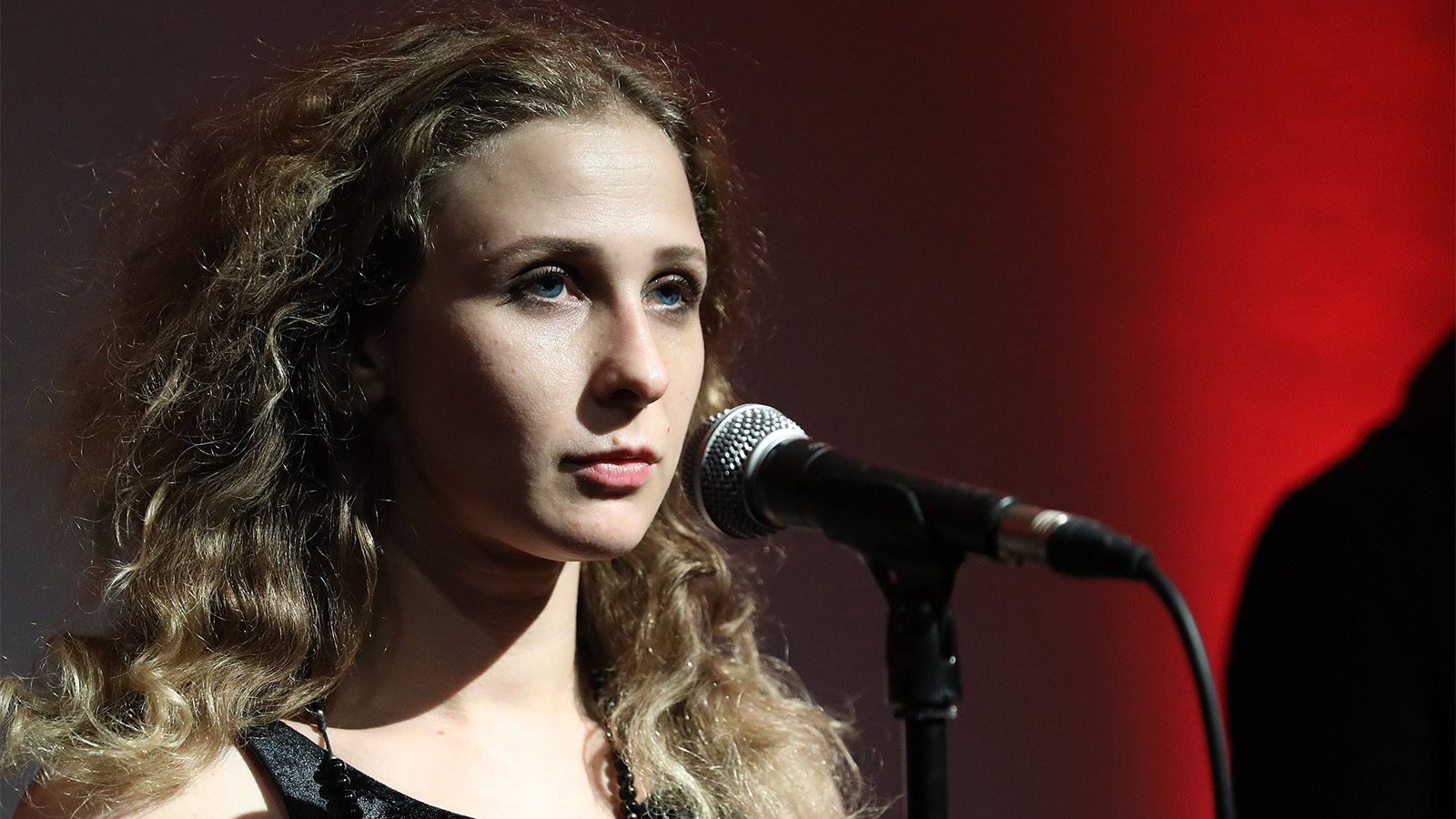 The invasion of Ukraine by Russia has sparked a crackdown on dissent by Vladimir Putin more brutal than before, but some brave people can still elude authoritarians as Pussy Riot’s leader just did with an escape.

An article in The New York Times today is detailing Maria V. Alyokhina – whose punk band and performance group first came to attention for protesting against Putin at Moscow’s Christ the Savior Cathedral in 2012 – is for the moment beyond the reach of Russian law enforcement after multiple stints in jail there. She was initially under house arrest before authorities shifted her sentence to 21 days in a penal colony, whereupon Alyokhina knew she had to act fast and move stealthily.

“She decided it was time to leave Russia – at least temporarily – and disguised herself as a food courier to evade the Moscow police who had been staking out the friend’s apartment where she was staying. She left her cellphone behind as a decoy to avoid being tracked. A friend drove her to the border with Belarus, and it took her a week to cross into Lithuania. In a studio apartment in Vilnius, the Lithuanian capital, she agreed to an interview to describe a dissident’s harrowing escape from Mr. Putin’s Russia.”

Alyokhina previously managed to exit the country in 2018 as well. At the time she had a ban in place on her movement which prevented her from traveling to the U.K. to perform, and the report from The Guardian at the time noted Russian border security towards Europe is not as tight. Alyokhina attributed her recent exit to similar circumstances, and told The New York Times policing is not as good as it seems and, while people say she is safe now, such expressions of well-wishes are something she largely dismisses.

“From here it looks like a big demon, but it is very disorganized if you look from the inside. The right hand doesn’t know what the left hand is doing. If your heart is free, it doesn’t matter where you are,”

The report concluded with her saying she hopes to return to Russia someday, but for now, she is making do with where she is. She is a somewhat-active Twitter user too and posts via the username @all_mary. Those looking to help her or people fleeing Ukraine can donate to the International Rescue Committee.