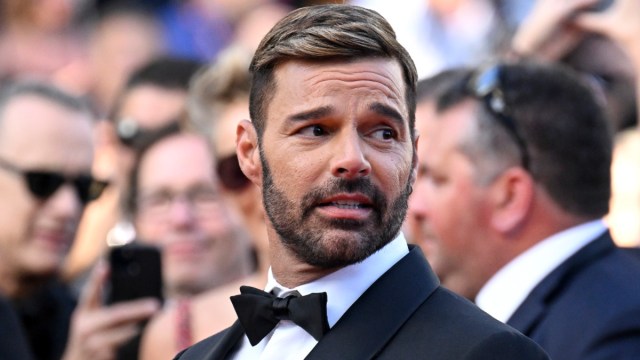 Earlier this month, it was reported that authorities in Puerto Rico had issued a restraining order against Ricky Martin from an unnamed petitioner, who claimed that the “Livin’ la Vida Loca” singer had been abusive over the course of their seven-month-long relationship. The identity of the alleged victim was not initially revealed due to the Domestic Abuse Prevention and Intervention Act, however the Spanish newspaper Marca is now reporting that their identity is Martin’s 21-year-old nephew, Dennis Yadiel Sanchez.

The 50-year-old’s brother, Eric Martin, is said to have revealed Sanchez’s identity to the publication. Because Puerto Rico has very strict laws when it comes to incest, Martin could now be facing up to 50 years in prison if found guilty.

Although the alleged relationship is said to have ended months ago, Sanchez claimed that Martin “would not have accepted the separation” and continued to call and loiter around his home. A trial is scheduled to begin on July 21, during which Sanchez will go before a judge and answer questions about the physical and psychological abuse that he claims occurred during the relationship.

For his part, Martin is vehemently denying the allegations and counter-claims that his nephew was recently accused of harassment by a woman who says he threatened to destroy her life. He likewise issued a statement on Twitter shortly after news of the protection order came to light.

“The protection order entered against me is based on completely false allegations, so I will respond through the judicial process with the facts and dignity that characterize me,” Martin wrote. “Because it is an ongoing legal matter, I cannot make detailed statements at this time.”

“I am grateful for the countless messages of solidarity, and I receive them with all my heart,” he added.

In May, it was announced that Martin would lead a new Apple TV series called Mrs. American Pie from director Abe Sylvia alongside Kristen Wiig and Laura Dern. Depending on what comes out in court, it sounds as if the fate of project could now be hanging in the balance.