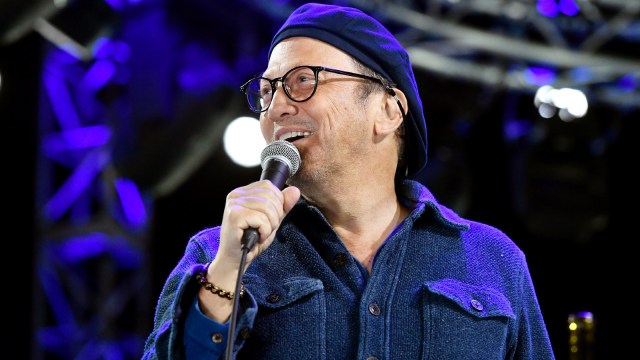 Everyone’s least favorite SNL cast member Rob Schneider sat down with Glenn Beck over the weekend to proclaim to a world that doesn’t care how he is no longer a “woke” Hollywood leftist. But at one point the Rob star got down to brass tacks, discussing the current state of the long-running NBC sketch comedy series, and you’ll be shocked to hear that he is no longer a fan. While this may put his chances of ever being brought back to host in jeopardy, what can we say — this guy shoots straight from the hip!

“One of the things is I travel around the country and try to perform, and you know, not indoctrinate people,” Schneider told, again, Glenn Beck of The Blaze, with a completely straight face, on the topic of how our country is so polarized.

“Like some comedy shows seem to be doing these days … I mean, I hate to crap on my own show,” he continued, before proceeding to crap all over his own show. “But when Hillary Clinton lost … which in understandable, [she’s] not exactly the most likable person in the room, and then when Kate McKinnon went out there in the cold opening…”

For the uninitiated, Schneider was referring to McKinnon’s now-infamous performance of “Hallelujah” in the immediate aftermath of the 2016 election, when more than half the country who voted for Clinton was mourning Donald Trump’s unprecedented win, despite having lost the popular vote by the widest margin in history.

“You know, she’s dressed as Hillary Clinton and she starts playing ‘Hallelujah’ and I literally prayed, ‘Please have a joke at the end. Don’t do this. Please don’t go down there,'” Schneider explained. “And there was no joke at the end, and I went, it’s over — it’s not going to come back. It’s gone.”

“You can take the comedy routines, the ‘comedy routines,'” he continues, making air quotes. “You can take the comedic indoctrination process happening with each of the late night hosts and you could exchange them with each other. That’s how you know it’s not interesting anymore, because there’s not an independent voice anymore, it’s all just indoctrination by comedic imposition.”

We’ll excuse the irony of Adam Sandler’s least talented hanger-on telling us what is or isn’t interesting, because he comes so close to the point. Arguably, most comics and late night hosts would have probably preferred making jokes about something other than Trump for four years — and ongoing to this day — however, unfortunately, we got stuck with a president who can barely make it through a day without committing a treasonous offense. So maybe it’s an “agree to disagree” situation, here.