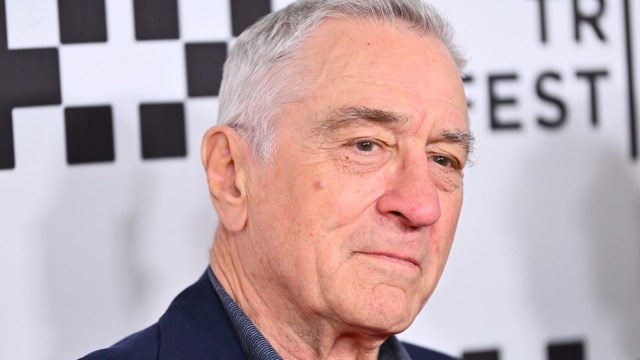 Robert De Niro will be playing not one — but two — rival goodfellas in the upcoming movie, Wise Guys, which is a premise that is delighting fans.

The period mobster drama will be directed by Rain Man‘s Barry Levinson and penned by Nicholas Pileggi, the same scribe who authored the 1985 book, Wiseguys, which incidentally inspired Martin Scorsese’s 1990 film Goodfellas, also starring De Niro, according to The Hollywood Reporter.

The catch is the film will follow two Italian-American crime bosses, Vito Genovese and Frank Costello, both of whom will be played by De Niro, according to Variety. The two men ran their respective families in the 20th century and even crossed paths as rivals throughout the years. Genovese unsuccessfully attempted to assassinate Costello in 1957, forcing the latter to retire after sustaining an injury. In other words, De Niro apparently won’t be playing identical twins or siblings, but two entirely separate mobster characters.

In a year where we’ve lost the legendary actors Ray Liotta and Paul Sorvino — two other co-stars from Goodfellas — it seems De Niro is working double time to fill in the mobster roles in the forthcoming gangster movie, something one fan called “ridiculous.”

“In the aftermath of a bunch of wise guys passing away this year, Robert De Niro has been forced to play multiple characters in a mob film,” one commentator wrote.

And one user wondered why the filmmakers don’t simply go full-blown Eddie Murphy, à la The Klumps: “The lackeys should all be played by De Niro too.”

Memes aside, one movie fan was convinced a certified “Classic” was “on the way.”

Sam Brown, who is part of the sketch comedy group The Whitest Kids U’Know, dropped a banger of an anti-joke upon hearing the news.

“Robert De Niro? The guy from Meet The Fockers? In a MOB MOVIE?!”

Another De Niro fan simply wanted to wish the Raging Bull star a happy birthday, one day ahead of when the actor is poised to celebrate 79 years on August 17.

Though it sounds like a far-fetched premise, Levinson has earned his chops as a director, including picking up a Best Director Oscar for 1988’s Rain Man. Since then, he also helmed the political satire film Wag the Dog and even directed De Niro in the acclaimed 2017 HBO TV movie about convicted fraudster Bernie Madoff, Wizard of Lies.

Wise Guys will also be the first movie produced under the auspices of the newly formed company Warner Bros. Discovery and coming to the screen from producer Irwin Winkler, known for the Rocky movies and for producing Goodfellas.