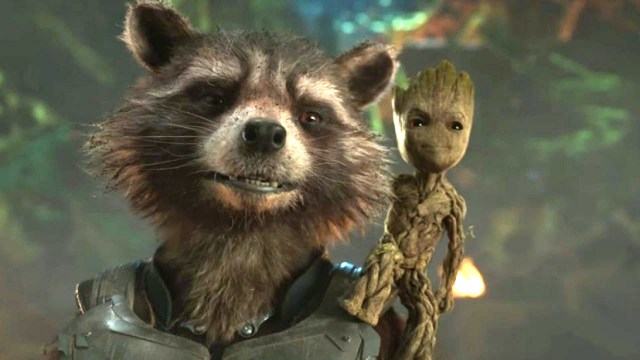 An emotional SDCC panel for Guardians of the Galaxy Vol. 3 has fans worried that Rocket Raccoon’s days are numbered.

The countdown to GOTG 3 has begun, and time is expiring on the Guardians as we know it. Director James Gunn has said that this will be the final installment of the GOTG franchise with the popular team. That alone is enough to make fans wonder about the fates of the characters, and Rocket in particular appears to be in dire straits.

The speculation comes from Bradley Cooper seemingly leaving the MCU after GOTG 3. After voicing Rocket for eight years, the Hollywood A-lister has made a name for himself behind the camera as well. That has led to Cooper saying that he will focus on roles in films that he writes. Reportedly, he has officially given Marvel Studios his notice that GOTG 3 will be his last run as the saucy trash panda.

At SDCC, Gunn seemingly confirmed Rocket’s swan song in what should be an emotional final journey. “Rocket is the saddest creature in the universe, and that’s what this story is about,” he said.

Rocket isn’t the only character with a target on his back. Dave Bautista has said that he is retiring from his role as the lovable oaf Drax. Whether or not Marvel will bring the axe down and kill both Drax and Rocket remains a mystery, but it would seem almost a guarantee since Cooper and Bautista are walking away from the MCU. Kevin Feige rarely recasts roles, so the writing is on the wall.

Will there be other characters on their way to the shared universe in the sky? Twitter’s Matt Ramos noted that the entire cast was in tears during the panel. Don’t forget that Gunn had said that GOTG 3 will be the end of the line for most of the cast, so bring your tissues and emotional support animal to this one. Just don’t bring a raccoon.

When will have our questions answered? Marvel Studios announced a slew of movies, cartoons, and streaming series along with the full schedule for Phase Five. Although no release date is ever set in stone, the current plan is for the Guardians to reach their swan song on May 5, 2023, sandwiched between Disney+ installments, Secret Invasion and Echo.