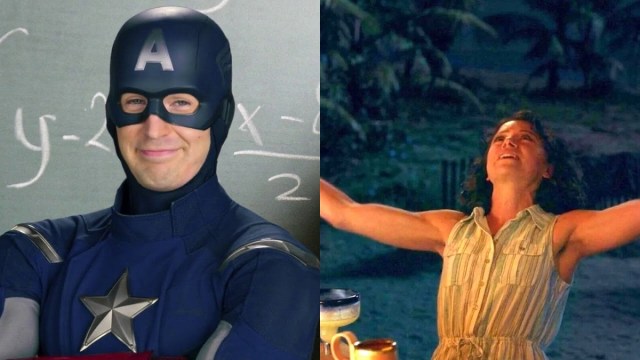 Marvel’s latest entry into the MCU is collecting fans in droves.

She-Hulk has already proven immensely popular among its viewer base, only two episodes into its nine-episode debut season. The titular character of the series, Jennifer Walters—played by Tatiana Maslany—is quickly worming her way into fan’s hearts, and her on-screen chemistry with Mark Ruffalo’s Bruce Banner is perfectly on-point. The pair’s combined personalities make for hilarious content, particularly when the topic of Captain America comes up.

The First Avenger has already come up in several conversations over the course of She-Hulk, each time to riotous effect. In the premier episode, fans were absolutely slayed by Bruce’s apparent confirmation that “Captain America f*cks,” and Jen’s utter heartbreak at the thought that “America’s ass” died a virgin will maintain as one of the MCU’s funniest crossover jokes. Fans also picked up on her very cheeky phone wallpaper in episode two, which seemingly confirmed Jen as a hardcore Cap stan.

This is prompting a fresh question among fans, as they gush over Jen’s continued commitment to the Avenger that started it all. One fan recently took to Reddit to pose a hopeful question to the masses, wondering if Jen will ever get the chance to meet Cap in person.

This sparked immediate discourse in the comment section, as viewers chewed on the question and presented their arguments. The majority of people seem to think user Happyday1000’s question is impossible, given the events of Endgame, but fans are none-the-less intrigued by a potential appearance from the fan-favorite character. In the post itself, Happyday1000 proposes a potential scenario, in which the aged Cap we saw in Endgame crops up in a post-credits She-Hulk scene.

“I picture her meeting Captain America, immediately walking behind him and saying ‘where’s your ass!!’ Or saying ‘after all these years, that’s still America’s ass,” Happyday1000 wrote. The latter seems to be the more popular option, as fans can’t wrap their brains around a future in which Cap loses his ass.

Ass intact, fans seem to have more issues accepting that Cap is still alive. A number of commenters noted that, in their head canon, Steve died not long after his final appearance in Endgame. The popular Avenger was quite aged when he appeared in Endgame‘s final moments, and many fans believe he reappeared, knowing he was nearing the end of his life, to tie up loose ends and say a final goodbye. This would make it impossible for him to ever reappear in the MCU, and that’s not a bad thing. The franchise already gave Steve an ending—why retcon it when so many people are already satisfied?

Still, the thought of a Captain America cameo is enticing to fans, particularly in the wake of Jen’s clear fixation on the man. It would be genuinely delightful to see the two meet at some point, but the idea is, unfortunately, all but impossible. Bringing the character into She-Hulk would make the MCU’s already messy timeline even messier, and if the franchise knows what’s good for it, it’ll avoid any off-the-cuff inclusions.

Jen could get the patriotic cameo she’s looking for in a different Captain America, however. Several viewers pointed out that a scene with Sam could pay off in nearly as satisfying a way, and without the mess that reintroducing Steve would make. Maybe Jen can fall in love with a new ass before the season comes to a close.