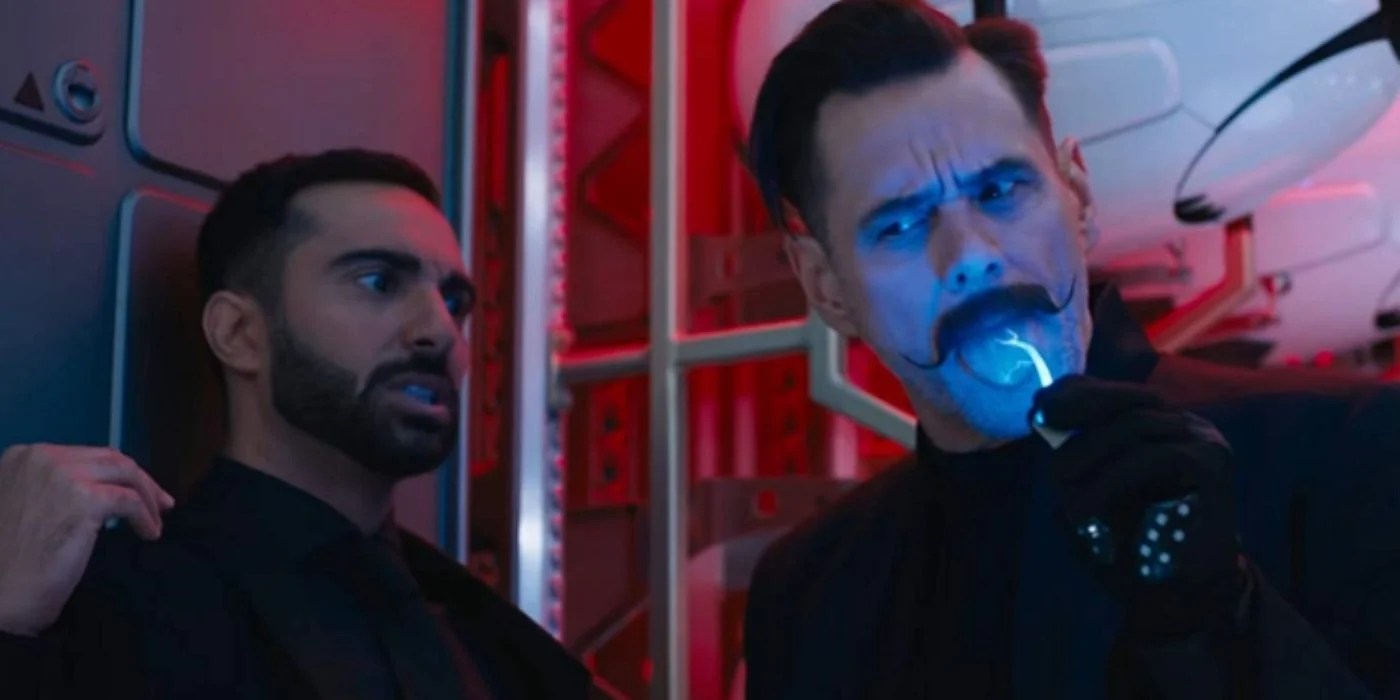 The Sonic the Hedgehog 2 film is out now, and it’s quickly making its way to be as successful as the first film, with more from the franchise on the way. Now Agent Stone actor Lee Majdoub has explained how he made his character.

“It’s pretty much in the script and what we kind of developed and evolved in the first movie and then goes into the second one. What I did do, though, is I do continually get a refresher as … OK, how did the right-hand sidekicks or whatever to Eggman and Robotnik, like, what was the key there? And how can Stone stand out on his own?”

The man who plays the sidekick to Jim Carrey’s Robotnik made the above comments while speaking to Comicbook.com before the project’s release. His character is a wholly-original one for the movie adaptations. With the sequel being the biggest opening of Jim Carrey’s career and the biggest for Paramount since 2014, more Agent Stone is likely ahead.

It could be in another movie, and it could be in the Knuckles spinoff, which was announced earlier this year. Idris Elba said is still in the very early stages for Paramount Plus in 2023 and would likely explore the character’s unfamiliarity.

“Well, we don’t know what it is yet, but we’re finding it. Knuckles is a fish out of water. He’s new to the planet. I think we might explore that little food blog or something.”

Sonic the Hedgehog 2 is now in theaters everywhere. It has a 68 percent positive rating on Rotten Tomatoes.