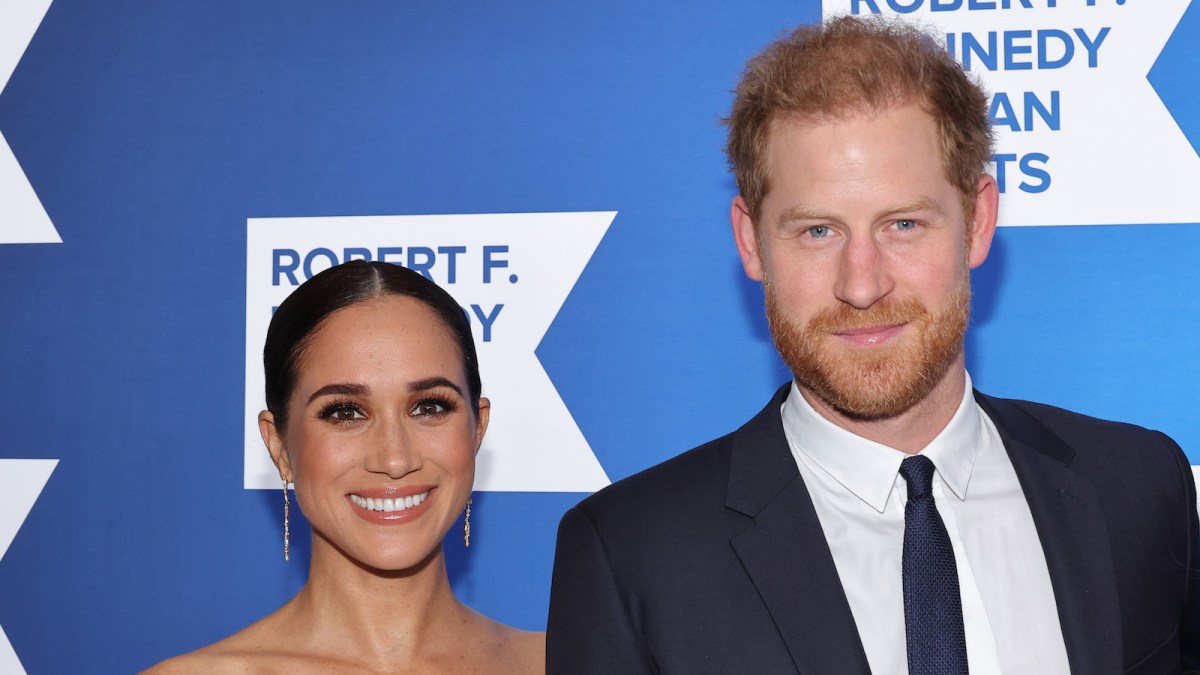 Prince Harry‘s memoir, Spare, tells an emotional story of the life of a royal who often felt like a fallback in the family. While there are moments of joy and a vast appreciation for everything he had, there are also pieces of a heartbreaking tale that Prince Harry weaves throughout the words he pens.

Of course, a chapter with more joy is when he begins falling in love with Meghan Markle, and he speaks so openly about the girl who stole his heart that it’s the most relatable part of the book. That might be partly because we’re not of a royal family, so the hierarchy of the rest of his story isn’t something we’ve experienced, but it’s also because he’s so raw and open with emotion we’ve all felt at one point: love.

Prince Harry wasn’t sure “the one” was out there for him, but things took a turn when he saw a video on Instagram posted by his friend, Violet. Sitting at Nott Cott, he saw a video of Violet and a woman with a silly filter. They had dog ears, noses, and “long red dog tongues” in the video and were having fun. Harry recalls all the people he’s met across various continents and in different circumstances — but none affected him the way the woman with Violet did. He was drawn to her immediately, saying he’d “never seen anyone so beautiful.”

“There was an energy about her, a wild joy and playfulness. There was something in the way she smiled, the way she interacted with Violet, the way she gazed into the camera. Confident. Free. She believed life was one grand adventure; I could see that. What a privilege it would be, I thought, to join her on that journey.”

Harry tells readers that he got all that from her face and had to find out who she was. He sent a message to Violet, and she responded quickly by letting Harry know he was one of many who asked about her friend. Harry talked to Violet, and she agreed to give her friend his Instagram handle; their love story began there.

Messages were shared on Instagram, exchanging compliments and stories before moving to texts that didn’t stop. He felt drawn to her, not wanting to waste a moment. Prince Harry calls her a free bird and notes himself as stuck in a gilded cage, but those ideas didn’t keep them apart.

He also didn’t miss the fact that their conversation started on a significant date: July 1, his mother’s fifty-fifth birthday.

He shares details of their first date, how chic she looked, and how he wanted to memorize every moment. Then, he notes that after they spent time together, he was dishing to a friend when she began FaceTiming him unexpectedly. He explains that he was watching Inside Out with a friend, and having removed her makeup, he could see the freckles on her face.

“God, I love your freckles,” he told her. He tells readers that she smiled and explains that they were usually removed in photos shared of her online. He talks about seeing them for the first time in a way that sounds almost giddy like he can remember his emotions at that moment.

Every second with Meghan, from there, felt like a fairytale, even when they didn’t. They weren’t immune to the natural ups and downs that many experiences in relationships, and having them looked at underneath a magnifying glass due to the media scrutiny. There were biases, prejudices, and several unfair obstacles that Meghan was up against on her journey through romance with Harry, which still exist here. They’re also stories he tells in his book.

Still, in those early moments, when Prince Harry describes falling for the woman who would become his wife and the mother of his children — an innocence exists. We see Harry not as a royal but as a man who wanted to FaceTime the woman he loved and text her as often as he could. Readers get to experience how he felt in the moments they first shared; as they grew closer in love, he truly realized that Meghan was his person.

You can read more about the joys Harry experienced while falling in love with Meghan in his memoir, Spare, available for purchase now.