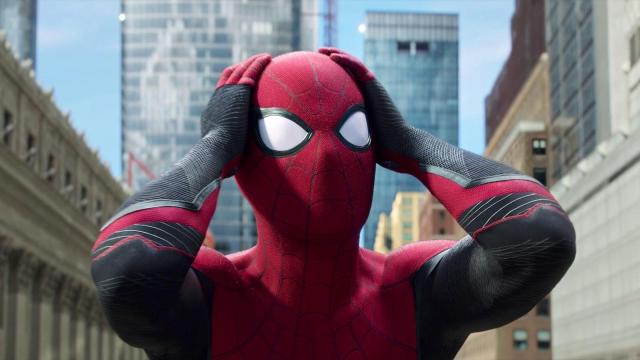 Before Spider-Man: No Way Home came out, its posters and other marketing material got roasted for not including characters everyone knew were in the film. An upcoming re-release of the 2021 project corrects this, and fans online are elated by the choice.

The film’s official Twitter account posted the above image earlier today. This is the extended version of the film announced earlier this year. It includes added and extended scenes but, for some, the emotional journey of the plot is not to be gone through again.

Other comments in the replies on Twitter have said the poster goes hard, some have criticized the floating head aspect of the design, and, for another user, it is a bit curious to see Charlie Cox’s Matt Murdock included, though the character has recently made a broader return to the Marvel Cinematic Universe thanks to an upcoming turn in the She-Hulk: Attorney at Law show.

Whatever happens, audiences will soon get a look at just what exactly the film has to offer again. Spider-Man: No Way Home is the sixth highest-grossing film of all time as of this story’s filing. It has made over $1.9 billion, got to where it is today without a release in China, and, while a fourth film is in the early development stages, next up with the character are the Across the Spider-Verse projects. They are sequels to the Oscar-winning first film put out in cinemas in 2018 and will be coming into theaters in 2023 and 2024, respectively.