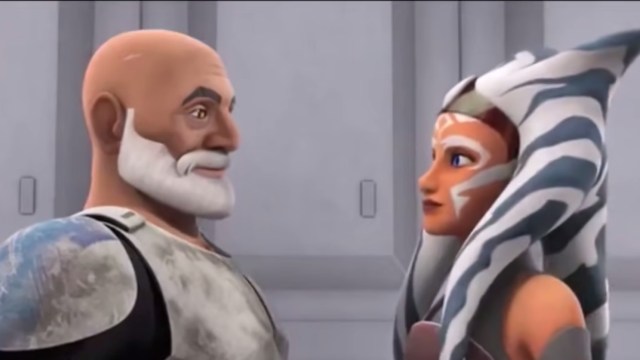 There are some incredible characters in the Star Wars universe.

Many of these characters are already slated for solo series on Disney Plus, where the galaxy far, far away is slowly expanding. Mainstays like Ahsoka, Anakin Skywalker’s former Padawan, and even Rebel spy Cassian Andor are headed quick toward their own spin-offs, which aim to zero in on these lesser-known, but enduringly popular, characters. One longstanding Star Wars character has yet to properly get the respect he deserves in the broad Star Wars canon, however — at least according to a recent post on Reddit.

User Davy_Jones88 took to the site to hype up the galaxy’s “best bro,” and casual fans of the franchise may not even recognize him. That’s because Rex has yet to make his debut in any live action Star Wars release, but fans of the various animated spin-off series are well familiar with this vitally important Clone Trooper.

Rex is a permanent fixture of the Star Wars universe, but his confinement to the animated series has limited his fanbase somewhat. Despite this, commenters arrived in droves to celebrate the popular character. Rex was introduced to viewers as a fresh-faced Captain in the Clone Wars film, before transitioning into a main character for the seven-season series. He later joined the cast of Star Wars: Rebels, which takes place more than a decade later, and lent his expertise to the crew of the Ghost.

Rex is, for fans of these popular shows, one of the most endearing and fleshed-out characters in Star Wars canon. He was essential to a huge number of victories during the Clone Wars, and in the process grew close with fan-favorite characters like Obi-Wan, Ahsoka, and Anakin. Davy_Jones88 cherry picked a few charming scenes from Rebels to showcase Rex’s enduring bro potential, as he heaps praise on his former commander: General Anakin Skywalker.

Each of the included screen grabs show Rex celebrating the former Jedi commander, citing him among “the greatest of the Jedi,” and pinning him as a “great warrior.” Each of the shots showcase Rex’s persisting loyalty to his former friend, tugging on the heartstrings of commenters.

As several people in the comment section pointed out, it seems — based on these screenshots, as well as moments from Rebels — that Rex never learned of Anakin’s betrayal. It can be hard to remember that very few people in the Star Wars universe actually know that Anakin and Vader are one and the same, and Rex appears to be just as in the dark as the rest of the galaxy.

Viewers are quite happy with this, as it turns out. They’d far prefer that some of Anakin’s former allies recall him as the friend and warrior he once was, rather than the monster he became. As Mitchel11 put it, in conjunction with a heart-rending image, “sometimes we should just let memories stay as good memories.”