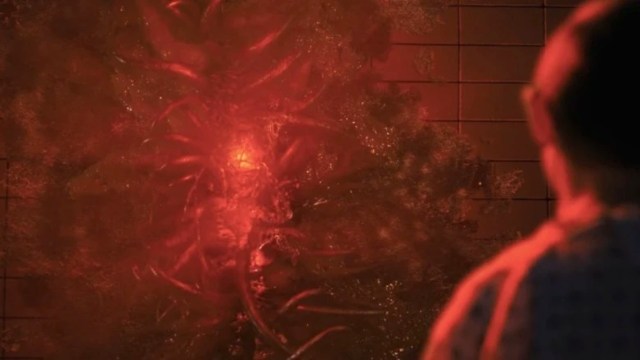 No one ever thought that the Strangers (AKA Stranger Things fans, collectively) would be debating the name of an Upside Down gateway, but here we are.

For those who don’t remember, let’s briefly summarize the Stranger Things 4 finale: After murdering Chrissy, Fred, and Patrick, Vecna sets his sights on Max for the fourth and final kill needed to complete his all-along plan. Steve, Nancy, Robin, Dustin, and Eddie are trapped in the Upside Down, meanwhile Lucas, Erica, and Max remain in Hawkins (specifically at the Creel house) to bait Vecna into attacking Max. While Eleven submerges herself in a makeshift sensory deprivation tank to defend Max in her mindscape, Hopper, Joyce, Murray, and Dmitri attempt to escape Russia.

Long story short, without babbling on, Vecna attacks and “kills” Max (her heart stops for over a minute before Eleven resuscitates her) to align all four murder sites and destroy the barrier between Hawkins and the Upside Down. Stranger Things 4 ends on the cliffhanger of Hawkins in ruin and the main cast all reunited.

Thanks to Vecna, the Upside Down literally tears the ground open — which is mistaken as an earthquake — and the four mini- gates culminate to create one giant gate at the very heart of Hawkins. After Dustin somewhat affectionately names the Lover’s Lake gate — where Patrick died — “Watergate,” the Strangers began putting their heads together to figure out an appropriate name for Vecna’s mega-gate.

Just like every other Reddit post, there’s a healthy mixture of serious answers and downright absurd ones. For the Stranger Things fanbase, we wouldn’t expect anything less. Check out some of the answers below; “Hellgate” is a personal favorite, closely followed by “undulating squelching gate” (if you know, you know).

Last but not least; this one would be extremely ironic, yet so fitting.

Sometimes, it’s the simple answers that are the most effective. “Hellfire” would certainly befit the “satanic cult” theme that Hawkins seems to believe as the cause of the so-called “earthquake.” Since most of the town still believes that Eddie Munson — recently deceased — is responsible for the gateway, “Hellfire” has a nice ring to it. Now, let’s not mention Eddie again or we’ll all be crying.