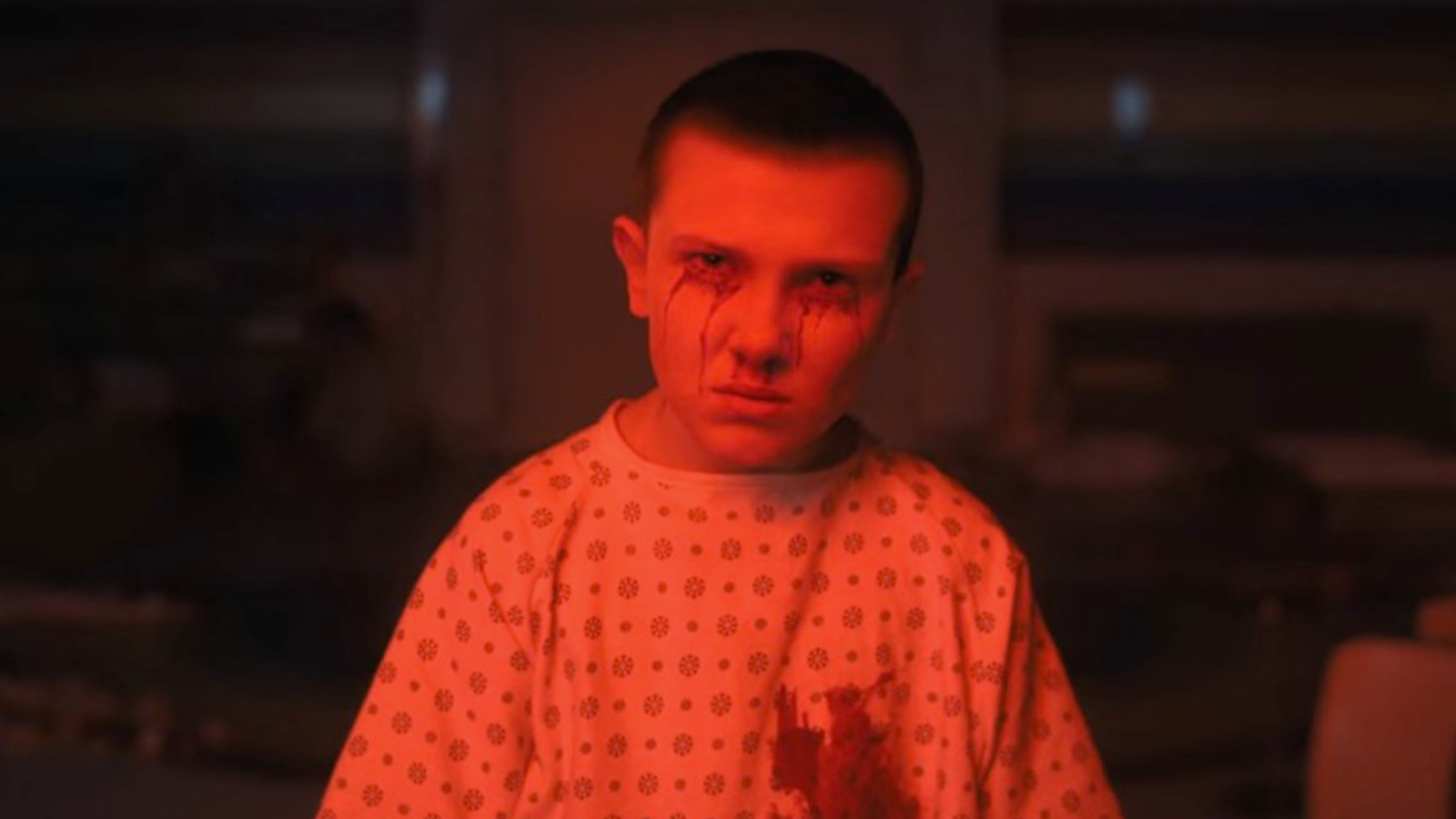 Welp. After a weekend of binging, we’ve finally made it to the final episode of the first volume of Stranger Things season four.

The Duffer brothers finally spilled the Vecna tea behind the slimy Boogieman and his connection to Eleven. A beloved pairing reunited, the kids said ACAB, and we were left worried about the safety of our resident Nancy Drew.

Here’s everyone that went down in the Stranger Things season four episode seven, “The Massacre at Hawkins Lab”.

Heartwarming: Joyce reunites with an old friend as a hungry Demorgorgonussy is fed

Best mum Joyce (Winona Ryder) and resident conspiracy theorist Murray (Brett Gelman)’s red hot plan to rescue Hopper from a Russian prison facility kicks off. Murray disguises himself as the opportunistic Russian smuggler Yuri (Nikola Djuricko) who betrayed them and sneaks in with Joyce and Yuri as his “American” prisoners.

Meanwhile Hopper (David Harbour) and Dmitri (Tom Wlaschiha) fend off a hungry Demogorgon with other prisoners in a stadium. They light a spear on fire with smuggled booze and a stolen lighter to keep the beast at bay. But the flame starts to run out.

Joyce and Murray see this and threaten the guards to save Hopper. They head to the facility’s control room and unlock the doors to let Hopper and Dimitri escape from the arena. Joyce and Hopper then heartwarmingly reunite.

Steve (Joe Keery), Nancy (Natalia Dyer), Robin (Maya Hawke) and Eddie (Joseph Quinn) are trying to find another gate to the real world after they find a colony of butthole-faced-bats at the gate under Lover’s Lake. They flee to Nance’s house to get some guns she hid in her room in the real world. But they find they aren’t there because the Upside Down is two years behind their world.

They then use an electric drawing board to communicate with Dustin (Gaten Matarazzo), Lucas (Caleb McLaughlin), Max (Sadie Sink) and Erica (Priah Ferguson) in the real world. The two parties learn that there’s a portal in every location where Vecna killed someone and decide to head to Eddie’s place where Chrissy (Grace Van Dien) was murdered.

The weird tear in the ceiling at Eddie’s has become a portal between worlds. Dustin throws a knot of curtains through the portal. Steve, Robin and Eddie climb through but Nancy is suddenly teleported to Vecna’s lair as she climbs. Old mate tentacles then gives his big villain speech and spills the tea.

Eleven confronts her past and Vecna’s real identity is revealed

We learn that Vecna is actually Victor Kreel’s son Henry (Jamie Campbell Bower) in a flashback he reveals to Nancy. Eleven (Millie Bobby Brown) also learns through her secret Restrictive Environmental Stimulation Therapy he was behind the massacre at Hawkins Lab she thought she committed and was traumatised by. Can’t fool her, Mr. Boogieman.

Vecna reveals he killed his mother and sister and was then transported to Hawkins Lab as Dr. Brenner’s (Matthew Modine) first test subject. Vecna tells Nancy his innate abilities inspired the Doc to experiment on more kids.

Vecna/Henry/One grows up to become a lab scientist and helps a young Eleven escape. Out of the goodness of her heart and because she doesn’t know he’s a serial killer Professor X, she removes a microchip in his neck tracking his whereabouts so he can escape with her. He returns the favor by going on a murderous rampage and killing everyone in the facility but her and Dr. Brenner. Aww, how cute.

Eleven then confronts him in the playroom. Vecna gets owned by a then-eight-year-old girl who then accidentally rips open a portal to the Upside Down. Mr. Bleached Hair Bad Boy falls through the portal and becomes the slimy tentacle Boogieman we know and hate as bolts of electricity cook his skin alive.

We’ll know doubt see Eleven and Vecna clash again in the second half of Stranger Things season four when episode eight and nine release on Netflix on July 1.