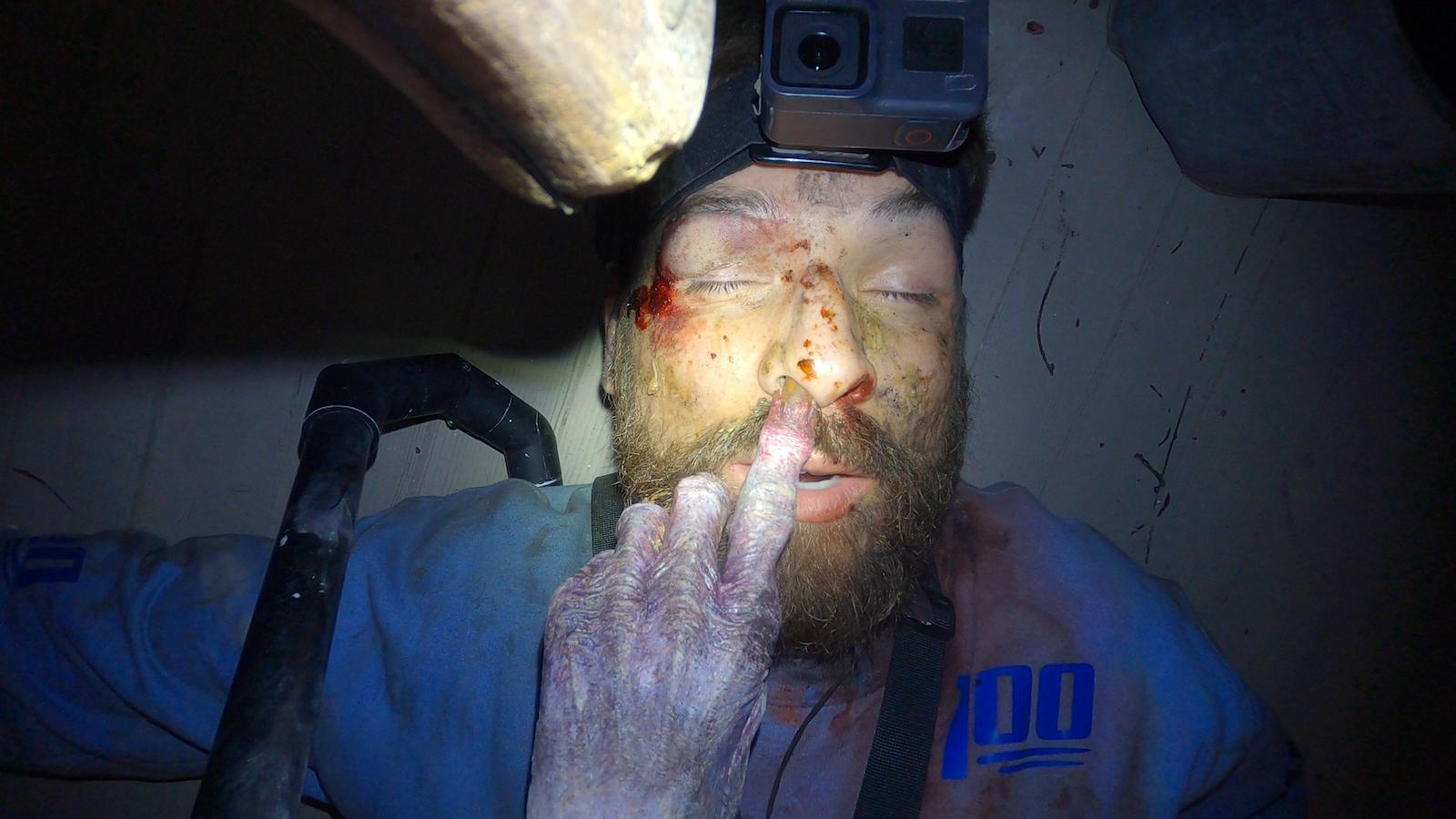 Image by Jared Cook
Review of:

Deadstream, the new horror-comedy from writers and directors Vanessa and Joseph Winter, delivers an original and entertaining experience full of thrilling and funny moments. The new film highlights the highs and lows of livestreaming while creating an exciting horror experience that breaks new ground.

Livestreaming is one of the most popular forms of entertainment today, and thousands of fans tune into their favorite streamers across significant platforms like Twitch, YouTube, and Facebook. There are livestreams for almost any hobby, ranging from gaming to tabletop to podcasts. Deadstream takes advantage of this unique medium and allows fans to experience a terrifying night as if they were tuning into a stream.

Joseph Winter stars as Shawn Ruddy, a disgraced streamer recently canceled for taking his stunts too far. Some of the more notorious mentioned stunts involve him paying a homeless person to fight him and smuggling himself across the border in the trunk of a car. Fans can catch a glimpse of his apology video at the beginning of the movie, paying homage to several famous YouTube apology videos within the last few years.

Ruddy decides to make a comeback by staying overnight in a haunted house while he livestreams the entire experience on Twitch knockoff Livvid, allowing fans to watch the action in real-time. Shawn knows he will chicken out if things get rough, so he goes through extreme measures to make sure he can’t escape until the morning, like throwing his car’s spark plugs into the forest and dropping the key to the front door down a grate. This ultimately backfires as he encounters real ghosts and spirits throughout the night.

Ruddy is not a traditional main character as he is deeply flawed and represents some of the worst traits of livestreamers and YouTubers. But Winter plays him so well that it is tough not to root for him and hope he survives until the morning. Deadstream also seamlessly incorporates the livestreaming aspect as Ruddy places cameras throughout the house, which he can control with his trusty iPad. Fans watching the stream can also be seen chatting on screen throughout the movie, ranging from helpful tips to trolls. Ruddy even created a custom playlist for the night, which he activates throughout the movie to add to the overall experience.

While the beginning of the night is full of laughs as Shawn explores the house and provides a backstory, the film does eventually lean into its horror elements. Melanie Stone eventually appears as superfan Chrissy, and the angry spirits throughout the house start making their presence known.

Hardcore horror fanatics won’t get the deeply disturbing scares from Deadstream, but the movie does an excellent job blending the lines between horror and comedy. Several of the spirits look like they came out of an 80’s b-movie, and Shawn’s reactions are hilarious and likely how most people would react. Several viewers help him solve the mystery throughout the night, which he unintentionally makes worse multiple times.

Deadstream is worth checking out solely based on being an original story that doesn’t regurgitate the same horror tropes as every other found-footage flick. It might not be the scariest movie around, but its scares are more than enough to keep you entertained.