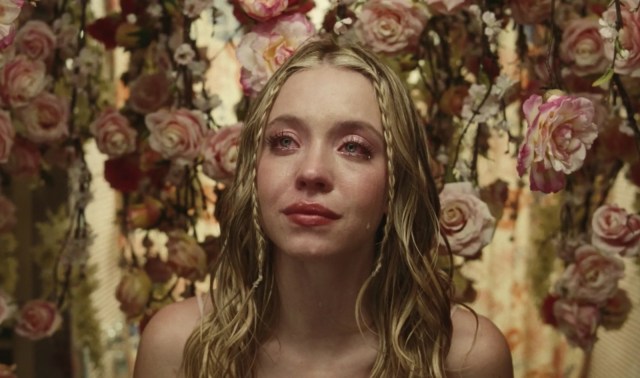 Sydney Sweeney posted a heartwarming moment after she found out she was nominated for not just one — but two — Emmys this year on two different shows on HBO: Euphoria and White Lotus.

Sweeney, who has never been nominated for an Emmy before, celebrated by calling her mom and wiping away tears. She quickly posted the video on Instagram, thanking the Academy of Television for the honors.

“It’s an honor to know that both Olivia and Cassie have connected with so many. I’m so proud of both these shows and grateful to everybody that’s been apart of them. But most importantly mom, I love you, we did it through the ups and downs!🥺♥️🥰 thank you thank you!!”

One Twitter user reposted the video to proclaim it “just so sweet,” and we can’t say we disagree.

Luckily, Sweeney was crying tears of joy during the phone call to her mom, unlike the often tragic variety, her Euphoria character Cassie succumbs to. In fact, Cassie is so known for sobbing that Sweeney even included a screenshot of the character doing just that in the post.

Sweeney was also nominated for another HBO show, the limited series The White Lotus. It might seem surprising that an actor would be double-nominated; however, that’s actually happened quite a bit this year. For instance, Julia Garner was nominated for both the Netflix projects Ozark and Inventing Anna. Some other double-acting Emmy nominees include Bill Hader, Harriet Walter, and Rhea Seehorn.