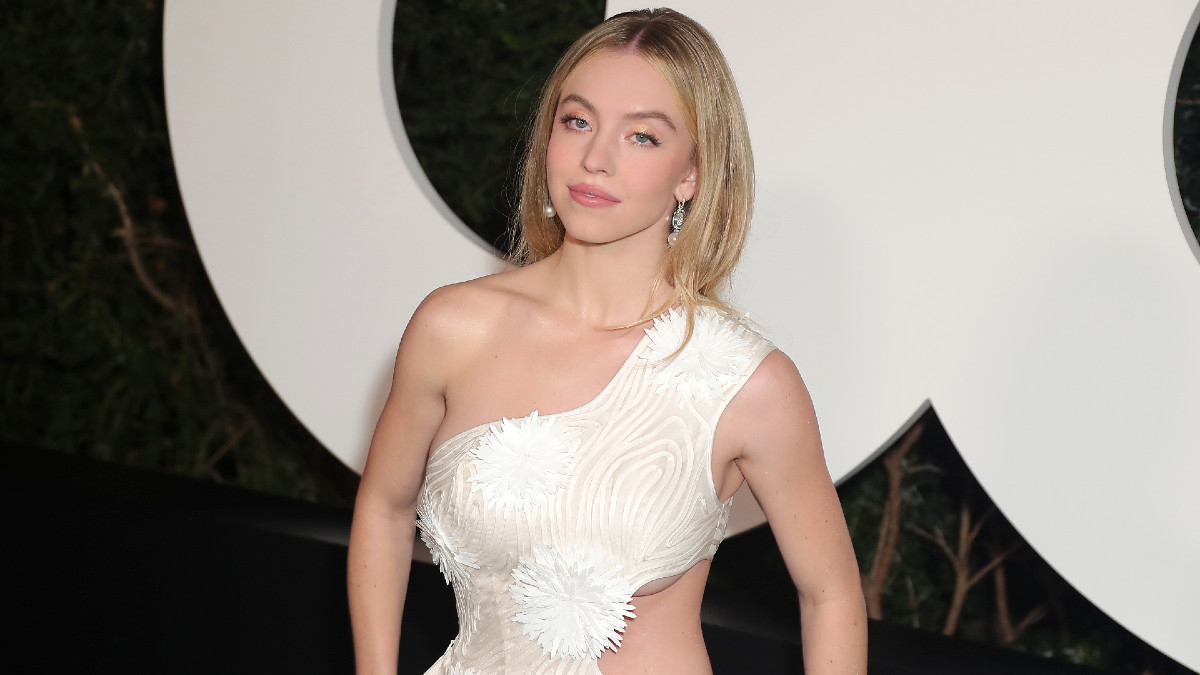 You’ll be hard-pressed to find a more in-demand Hollywood “It Girl” than Sydney Sweeney. In addition to appearing in HBO’s Euphoria, now in its second season, the 24-year-old actress has had career-turning roles in The White Lotus, Sharp Objects, Hulu’s The Handmaid’s Tale, and Quentin Tarantino’s Once Upon a Time in Hollywood.

On top of everything else, she’s even started her own production company, Fifty-Fifty Films, where she’s currently adapting Jessica Goodman’s novel They Wish They Were Us for an upcoming HBO Max series that she’ll star in with her real-life best friend Halsey.

So what does an extremely busy actress and burgeoning producer do in her spare time? Well, Sweeney also moonlights as a mechanic, fixing up old cars — naturally!

Sweeney first opened up about her bright red original 1969 Ford Bronco in Teen Vogue last September, which she purchased from a car auction website during quarantine despite having no prior experience fixing up old cars.

“I’ve always wanted a Bronco, and I got one,” she revealed in that article. “I called up my friend’s dad and was like, ‘I need a space in your shop.'”

But you wouldn’t know that, because early last year, Sweeney began documenting her journey rebuilding the classic truck on her aptly-named Syd’s Garage TikTok account. She’s since replaced the brakes, swapped out the suspension, and changed out the transmission from manual to automatic, as you can see in just one of her many videos, below.

“Watching Euphoria actress Sydney Sweeney remove a rear axle” was probably not something you expected to come across today, but here we are.

Sweeney finished the mechanical components last fall and then got to work on remodeling the interior and putting on finishing touches, such as shiny new chrome letters.

Finally, last month, Sweeney updated her growing number of followers — approaching a million by virtue of gaining tens of thousands more per day — that the car was finally driveable and that she had sent it out to get reupholstered. And yet fans are still left wanting, for now, for a glimpse of the finished product.

But even when the Bronco is fully ready to hit the road, that doesn’t mean the end of Syd’s Garage. Far from it, in fact.

Last May, Sweeney gave her followers a sneak peek of her “new baby,” a powder blue Mustang that she named “Britney,” which she naturally paired with the 2000 Britney Spears song “Oops!… I Did It Again.” And in yet another post, she’s hinted that a vintage Porsche is also at the top of her list.

In her first cover story for Cosmopolitan that was published earlier this week, Sweeney told the magazine what inspired her to start working on vintage cars.

“Anyone can go buy a brand-new car, but not everyone can have something rare that has history,” she explained. “In quarantine, my creative juices were overflowing. I was very bored and I got addicted to going to auction sites for cars. I wanted a Bronco so badly. But I wanted to build one so that when I drove it and people said ‘cool car,’ I could be like ‘yeah, thanks’ and know I made it.”

We’re sure she’ll have no problem finding people admiring her handiwork.