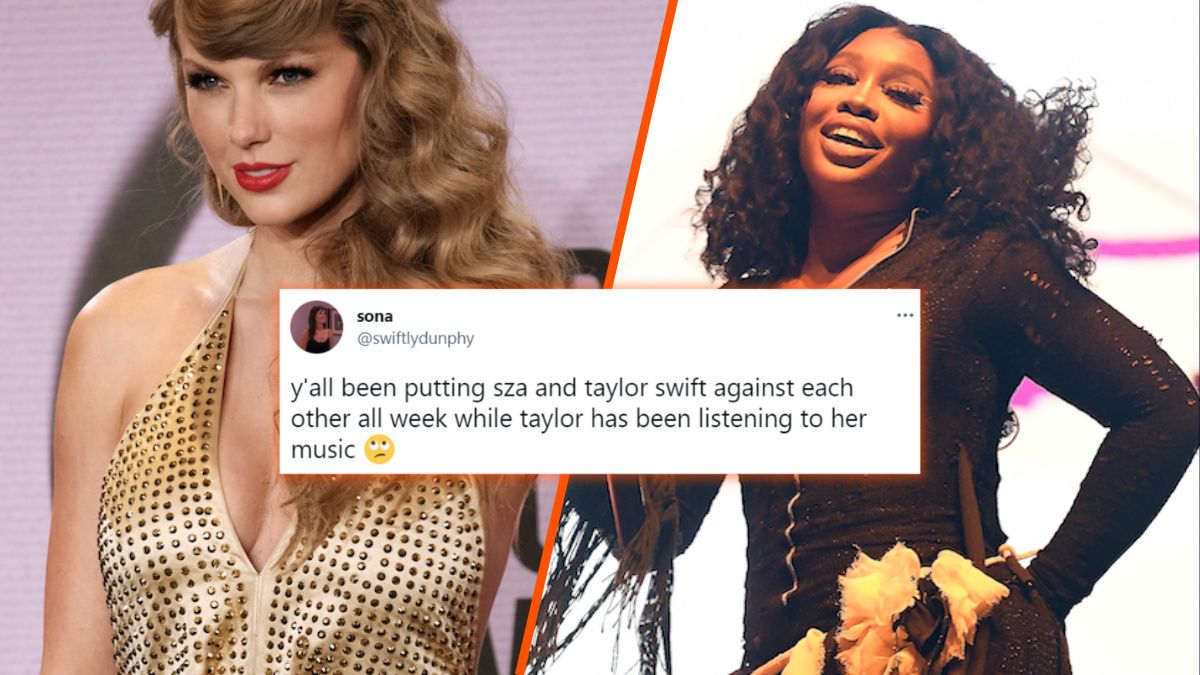 Taylor Swift couldn’t even celebrate her history-making Billboard Hot 100 number 1 without first putting out some fires started by her fans. The singer, whose single “Anti-Hero” has just surpassed “Blank Space” to become the longest chart topper of her career, left a sweet message for SZA on her Instagram story after fans of the two artists spent the last few weeks feuding on social media.

“PS – Been listening to SZA’s album nonstop. Absolutely adore her music. So much love and respect for her!!,” Swift wrote, adding a heart emoji at the end for good measure.

Swift likely felt the need to address SZA while celebrating “Anti-Hero”‘s record 8-week streak due to two screenshots showing Sza’s producer and manager apparently throwing shade at Swift that went viral on Twitter. In them, they can be seen commenting on Swift’s “attempt” to block the “Kill Bill” singer from topping Billboard’s album chart with her latest project SOS.

SZA quickly distanced herself from the situation, tweeting out that she doesn’t have any grievances with the Midnights songwriter, and that she loved her album and songwriting.

The two artists have been (lovingly) battling it out in the charts with SZA’s recently released and viral song “Kill Bill” not quite managing to take the top spot just yet. Swift’s own “Anti-Hero” first made it to number one on Oct. 31 2022 when the artist made history as the only person to ever take up the entire Billboard Hot 100 Top 10. With this week’s chart position, the lead single from Midnights successfully dethrones 2014’s “Black Space” as Swift’s song with the most weeks at number one.

SZA is expected to keep rising on the charts, as “Kill Bill” is already number one on Billboard’s Global Chart. Her album SOS has become the first to spend its first five weeks at Billboard Hot 200’s top spot since Adele’s 30.

It’s clearly all love between the two record-breakers. It’s 2023, so can we please stop pitting successful women against each other?