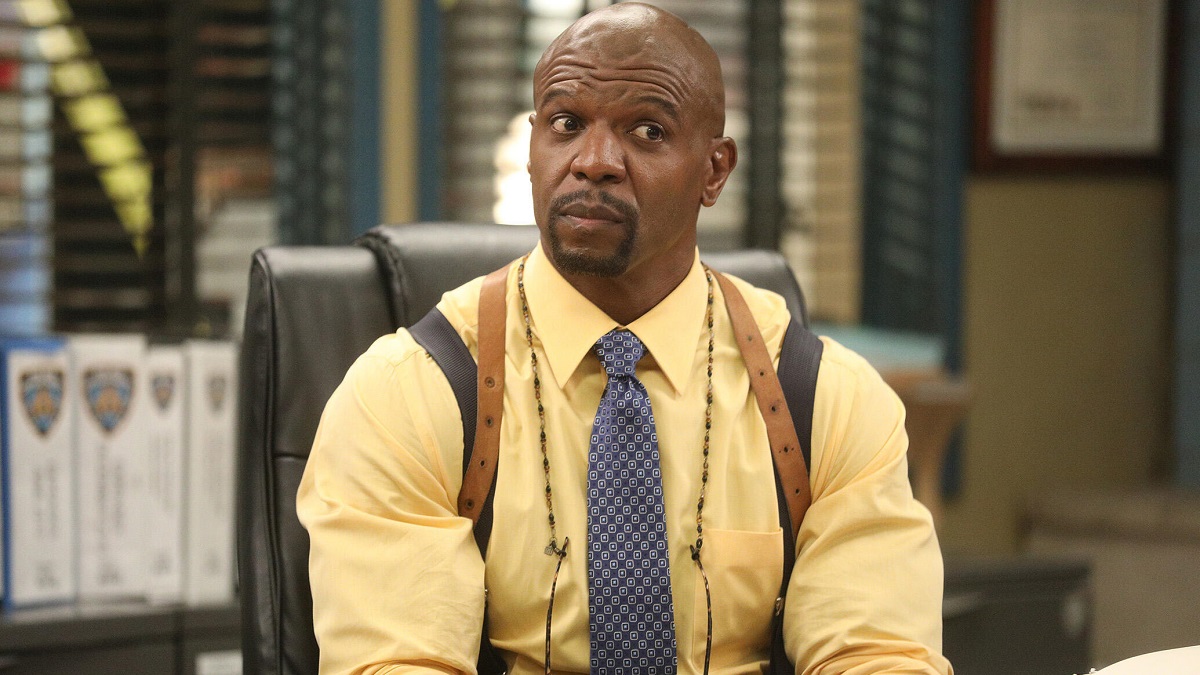 After eight hilarious seasons together, fans of hit sitcom Brooklyn Nine-Nine said goodbye to their favorite set of detectives last year, but Terry Crews seems to be stirring the pot of a hopeful reunion.

While speaking to The Hollywood Reporter, the actor and author gushed about his former castmates, tagging them as his family, before expressing a serious interest in the gang getting back together for a film that centers on their seasonal Halloween heist episodes.

“Oh my God. I am definitely still interested. I still think we could do a heist movie. We always had our yearly heist episode and I think that would be brilliant, especially with Peacock and all the great things that NBC can already do. I think that every cast member will be down for us to do a nice hour and a half episode of Brooklyn Nine-Nine, make it three episodes all involving the heist and a new heist and it would be all wonderful. I love, love, love my castmates. I spent eight years with these guys and they’re truly family, and I miss them every day.”

Since Crews and the rest of the gang must have had a wonderful time together, we’re hoping they can find the time in their schedules to come together for one last heist. Stephanie Beatriz already admitted she would love a revival, so fingers are crossed.

It’s not unusual for TV shows to offer fans a final feature to bid farewell, and the slate of recent revivals coupled with the enduring popularity of Brooklyn Nine-Nine should ensure that there’s always a chance a movie may come to life.